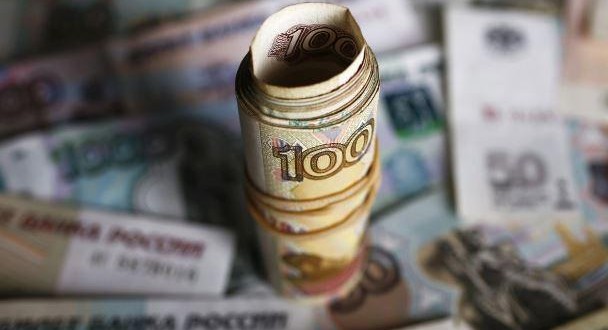 Britain’s high street banks processed nearly $740m from a vast money-laundering operation run by Russian criminals with links to the Russian government and the KGB, the Guardian can reveal.

HSBC, the Royal Bank of Scotland, Lloyds, Barclays and Coutts are among 17 banks based in the UK, or with branches here, that are facing questions over what they knew about the international scheme and why they did not turn away suspicious money transfers.

Documents seen by the Guardian show that at least $20bn appears to have been moved out of Russia during a four-year period between 2010 and 2014. The true figure could be $80bn, detectives believe.

One senior figure involved in the inquiry said the money from Russia was “obviously either stolen or with criminal origin”.

Investigators are still trying to identify some of the wealthy and politically influential Russians behind the operation, known as “the Global Laundromat”.

They estimate a group of about 500 people were involved. These include oligarchs, Moscow bankers, and figures working for or connected to the FSB, the successor spy agency to the KGB.

Igor Putin, the cousin of Russia’s president, Vladimir, sat on the board of a Moscow bank which held accounts involved in the fraud.

British-registered companies played a prominent role in this extensive money-laundering network. The real owners of most of the firms used in the scheme remain secret, however, because of the anonymity provided by controversial offshore laws.

The Global Laundromat banking records were obtained by the Organized Crime and Corruption Reporting Project (OCCRP) and Novaya Gazeta from sources who wish to remain anonymous. OCCRP shared the data with the Guardian and media partners in 32 countries.

The documents include details of about 70,000 banking transactions, including 1,920 that went through UK banks and 373 via US banks.

The data is understood to be part of the evidence gathered in a three-year money-laundering investigation led by police in Latvia and Moldova.

Detectives have unravelled a conspiracy that involved billions of dollars being sent from suspected criminals in Russia via accounts in Latvia and Moldova held at banks notorious for their exposure to money-laundering scams.

The trail led investigators to 96 countries and to a network of anonymously owned firms, most of them registered at Companies House in London. Most of the 21 core companies under scrutiny have been dissolved.

The scale of the operation has staggered law enforcement officials. The records show British banks and foreign banks with offices in London processed $738.1m in transactions apparently involving criminal money from Moscow.

Banks say they have sophisticated units dedicated to rooting out financial crime. But they say the volume of payments – billions a year – makes such work difficult.

“If you are on the back end you are kind of playing whack-a-mole, trying to pick this up,” one source said.

HSBC processed $545.3m in Laundromat cash, mostly routed through its Hong Kong branch. The troubled Royal Bank of Scotland – which is 71% owned by the UK government – handled $113.1m. Coutts – used by the Queen and owned by RBS – accepted $32.8m worth of payments via its office in Zurich, Switzerland. Coutts is winding down its Swiss operation and was last month fined by regulators for money laundering in a different case.

Other high street banks that appear in the Laundromat data include Barclays, NatWest and Lloyds. NatWest – also owned by RBS – allowed through $1.1m.

The Guardian contacted all these banks. None of them challenged the authenticity of the data, but they all insisted they had strict anti-money-laundering policies.

The response from RBS was typical. The bank said: “We are committed to combatting financial crime and money laundering in line with our regulations and have controls and safeguards in place to identify, assess, monitor and mitigate these risks.” The statement covered Coutts and NatWest.

HSBC said: “This case highlights the need for greater information sharing between the public and private sectors, each of whom holds important information the other does not.”

However, the Guardian’s disclosures raise awkward questions for UK banks. The Financial Conduct Authority demands that banks “consider the money-laundering risk presented by customers, taking into account country risk; the customer’s reputation and the source of their wealth and funds”.

In many of the cases looked at by the Guardian, money vanished into offshore shell firms, whose “beneficial owners” remain anonymous, and whose source of wealth is a mystery. The OCCRP discovered that the official owners of many of the firms were fake or “nominee” directors based in Ukraine.

The Guardian showed details of the transfers to L Burke Files, an international financial investigator. He said compliance checks at many western banks were desultory, and often little more than “box ticking”.

“Typically the compliance and investigations department is treated like an unwanted step-child. The directors of a bank see compliance as an expense without any return. The compliance professionals are underpaid, underskilled and receive little or no effective training in spotting criminal patterns.”

Files added: “Most of the transactions I’m seeing here would have required substantial enhanced due diligence. It isn’t just individual transactions. It’s the repeated pattern.”

Police in eastern Europe have focused on a number of British shell companies, including Seabon Limited, which was run by a company management firm in Tooley Street, London, just around the corner from the mayor of London’s office and City Hall.

In 2013, Seabon filed accounts to Companies House saying its income was just £1. The firm was wound up in February 2016. According to an analysis of the records, Seabon was involved in transactions worth $9bn. Another firm – Ronida Invest LLP, registered in Newhall Street, Birmingham – processed $6.4bn.

Prosecutors in eastern Europe claim both firms were set up for the purposes of fraud.

The records also give an insight into Russian shopping habits, although the customers in many cases are unknown. They bought diamonds from a jewellers in Bond Street, furs from brokers in north London, and chandeliers from a Chelsea boutique.

The scheme was also used for a wealthy Russian to pay for his son’s boarding fees at Millfield, a prestigious school in Somerset.

Often, the information in the notes section of wire transfers was misleading. One bank payment of $500,000 was marked down in records as “notebooks”. Actually, it was spent on fur.

The scheme that allowed the transfer of money from east to west was unravelled by police following the launch of the inquiry in 2014. The OCCRP – which first reported the story – originally called it “the Russian Laundromat”.

Typically, two firms would pretend to lend money to one another, with the sums underwritten by Russian businesses. One company would then “default” on the loan. Judges would certify the “debt” as authentic, allowing the Russian businesses to send cash to an account in Moldova. From there it went to Latvia, inside the EU.

Accounts held at 19 Russian banks were involved in the scheme. In 2014, it was reported that one financial institution was the Russian Land Bank (RZB). A bank board member at the time was Igor Putin.

Detectives say accounts at RZB transferred about $9.7bn to accounts at Moldova’s Moldindconbank. The cash was then moved to Trasta Komercbanka in Riga.

RZB’s director Alexander Grigoriev was arrested in Moscow in 2015, a year after his bank was shut down for money-laundering offences.

Sources told the OCCRP that Grigoriev had links to the FSB, Russia’s main spy agency.

He has denied wrongdoing and says he is a respectable citizen. He remains in custody, accused of stealing assets in a different case.

Igor Putin declined to comment. In a letter written in 2014, he said: “My personal experience, gained in recent years, proves the truth of the thesis that the Russian banking system should be radically rehabilitated and cleaned of troubled banks headed by people with doubtful reputations.”

Trasta, the Latvian bank at the centre of the scandal, was closed in 2016. Maija Treija, deputy director of Latvia’s finance ministry, said it lost its licence due to money laundering. Of the billions sent from Russia, she said: “Obviously it was money either stolen or with criminal origin.” The fight against money laundering was a “never-ending story”, she told the Finnish broadcaster YLE.

The involvement of Moldova’s banks in the scandal led to a political crisis that has seen five prime ministers come and go in the last two years.

Former and current officials working at Moldova’s central bank were detained by prosecutors last August suspected of turning a blind eye to information on money laundering carried out through Moldindconbank.

The fraud has also sparked a row with Moscow. This month, Moldova’s parliament said Russia’s FSB had “abusively treated” Moldovan officials arriving in the Russian Federation. It linked their harassment to Moldova’s Laundromat investigation and said some of the money had been used to try to bribe Moldovan MPs.

The FSB – run by Vladimir Putin before he became prime minister and president – had used part of the Laundromat money to further Russian state interests, Moldovan officials said.