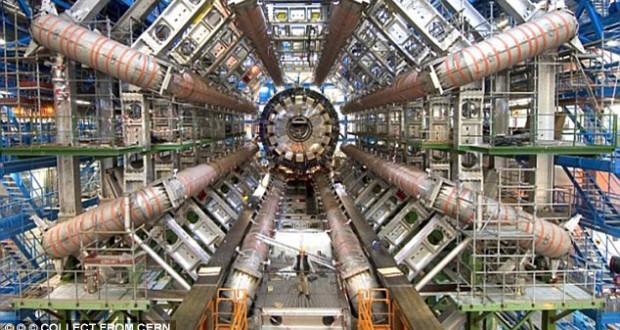 Five new subatomic particles that had been ‘hiding in plain sight’ have been uncovered by the Large Hadron Collider (LHC), Europe’s giant atom-smasher, Joinfo.com reports with reference to Daily Mail Online.

They were discovered by scientists in charge of the LHCb experiment, also known as ‘beauty’, which is exploring what happened just after the Big Bang that gave birth to the universe.

By measuring their properties, physicists hope to gain greater insight into the strong nuclear force that binds the building blocks of atoms together.

The LHC, the world’s largest particle accelerator, is built into a 17 mile (27km)-long circular underground tunnel straddling the Swiss-French border near Geneva. 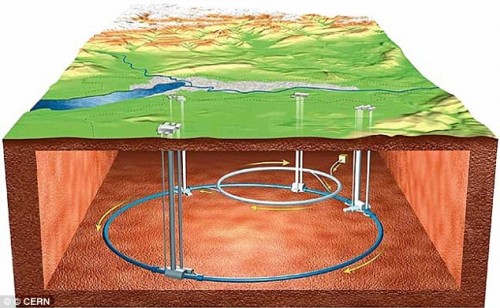 In July 2012, LHC scientists made history by capturing the fabled Higgs boson, dubbed the ‘God particle’.

The Higgs boson gives matter mass and was a fundamental piece of the universe that had been missing since British physicist Peter Higgs predicted its existence in the 1960s.

The new particles are not quite as exciting but are still a significant find.

Professor Tara Shears, from the University of Liverpool, a leading member of the ‘beauty’ team, said: ‘These particles have been hiding in plain sight for years.

‘But it’s taken the exquisite sensitivity of LHCb’s particle detectors to bring them to our attention.’

The five particles are all baryons – subatomic particles made up of three smaller units called quarks.

Quarks, one of the basic building blocks of matter, come in six ‘flavours’ known as up, down, strange, charm, top and bottom.

The newly discovered particles are high-energy versions of the omega-c baryon, a particle made up of two strange quarks and one charm quark.

The name ‘baryon’ comes from the Greek word for ‘heavy’ because at the time of their discovery Baryons were one of the heaviest elementary particles known.

The most well-know baryons are protons and neutrons which make up most of the visible matter of the universe. 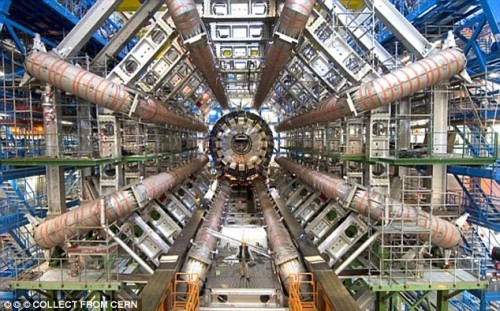 The Large Hadron Collider is a tube accelerator that smashes particles together at the speed of light.

Scientists can then search for physics phenomena, such as new sub-atomic particles, in the resulting debris.

It is hoped that the LHC machine can help scientists better understand the makeup of the universe.

More than 1,200 particle magnets funnel a beam of particles along the machine’s enormous tunnel, buried under the French-Swiss border.

At certain points along the tunnel the beams cross and this is where the particles collide.