Shares
U.S. Secretary of State Rex Tillerson plans to skip a meeting with NATO foreign ministers next month in order to stay home for a visit by China's president and will go to Russia later in April, U.S. officials said on Monday, disclosing an itinerary that allies may see as giving Moscow priority over them, according to Reuters 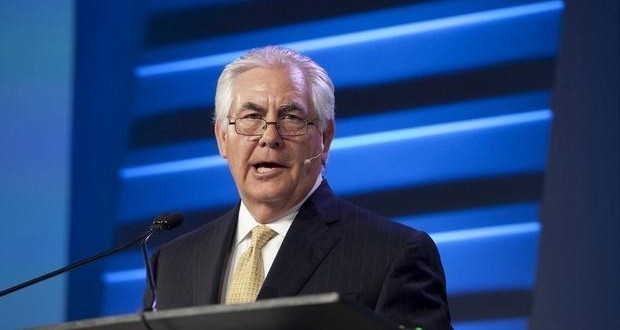 Tillerson intends to miss what would have been his first meeting of the 28 NATO allies on April 5-6 in Brussels so that he can attend President Donald Trump’s expected April 6-7 talks with Chinese President Xi Jinping at Trump’s Mar-a-Lago resort in Florida, four current and former U.S. officials said, Reuters reports.

Skipping the NATO meeting and visiting Moscow could risk feeding a perception that Trump may be putting U.S. dealings with big powers first, while leaving waiting those smaller nations that depend on Washington for security, two former U.S. officials said.

Trump has often praised Russian President Vladimir Putin, and Tillerson worked with Russia’s government for years as a top executive at Exxon Mobil Corp, and has questioned the wisdom of sanctions against Russia that he said could harm U.S. businesses.

A State Department spokeswoman said Tillerson would meet on Wednesday with foreign ministers from 26 of the 27 other NATO countries — all but Croatia — at a gathering of the coalition working to defeat the Islamic State militant group.

NATO Secretary General Jens Stoltenberg was due to have arrived in Washington on Monday for a three-day visit that was to include talks with U.S. Defense Secretary James Mattis and to take part in the counter-Islamic State meetings.

The State Department spokeswoman said Tillerson would not have a separate, NATO-focused meeting the 26 foreign ministers in Washington but rather that they would meet in the counter-Islamic State talks.

“After these consultations and meetings, in April he will travel to a meeting of the G7 (Group of Seven) in Italy and then on to meetings in Russia,” she added, saying U.S. Undersecretary of State for Political Affairs Tom Shannon would represent the United States at the NATO foreign ministers meeting.

Representative Eliot Engel, the senior Democrat on the U.S. House of Representatives foreign affairs committee, said that Tillerson was making a mistake by skipping the Brussels talks.

“Donald Trump’s Administration is making a grave error that will shake the confidence of America’s most important alliance and feed the concern that this Administration simply too cozy with (Russian President) Vladimir Putin,” Engel said in a written statement.

“I cannot fathom why the Administration would pursue this course except to signal a change in American foreign policy that draws our country away from western democracy’s most important institutions and aligns the United States more closely with the autocratic regime in the Kremlin,” he added.

“It feeds this narrative that somehow the Trump administration is playing footsie with Russia,” said the former U.S. official on condition of anonymity.

Any Russian visit by a senior Trump administration official may be carefully scrutinized after the director of the Federal Bureau of Investigation on Monday publicly confirmed his agency was investigating any collusion between the Russian government and Trump’s 2016 presidential election campaign.

Trump has already worried NATO allies by referring to the Western security alliance as “obsolete” and by pressing other members to meet their commitments to spend at least 2 percent of gross domestic product on defense.

Last week, he dismayed British officials by shrugging off a media report, forcefully denied by Britain, that the administration of former President Barack Obama tapped his phones during the 2016 White House race with the aid of Britain’s GCHQ spy agency.

A former U.S. official and a former NATO diplomat, both speaking on condition of anonymity, said the alliance offered to change the meeting dates so Tillerson could attend it and the Xi Jinping talks but the State Department had rebuffed the idea.

The former diplomat said it was vital to present a united front toward Moscow. The North Atlantic Treaty Organization was created in 1949 to serve as a bulwark against the Soviet Union.

“Given the challenge that Russia poses, not just to the United States but to Europe, it’s critical to engage on the basis of a united front if at all possible,” the diplomat said.