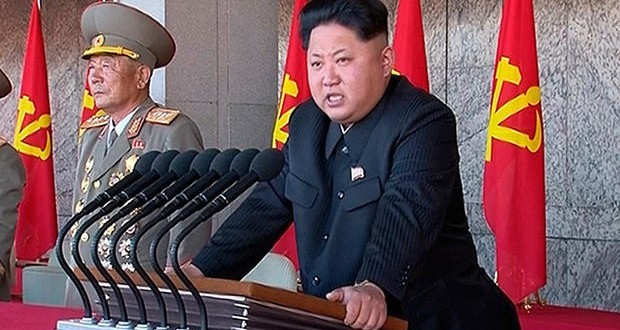 “A missile appears to have exploded within seconds of launch,” U.S. Pacific Command spokesman Dave Benham said in a statement, according to NBC News. “We are working with our interagency partners on a more detailed assessment. We continue to monitor North Korea’s actions closely.”

The launch comes a day after Kim Jong Un’s regime issued an ominous warning of a potential pre-emptive strike after a test over the weekend of a new advanced rocket engine.

“The world will soon witness what eventful significance the … recent ground jet test of Korean-style high-thrust engine will carry,” North Korea’s Foreign Ministry said Tuesday via state-run news agency KCNA. “The nuclear force of [North Korea] is the treasured sword of justice and the most reliable war deterrence.”

South Korea also confirmed the failed launch and said it was analyzing what type of missile was fired, a South Korean military official confirmed to NBC News.

North Korea conducted two nuclear test explosions and 24 ballistic missile tests during 2016, and experts say it could have a nuclear-tipped missile capable of reaching the U.S. mainland within a few years.