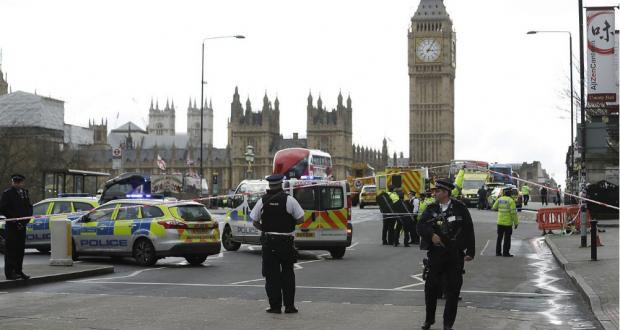 Five people have died and at least 40 were injured after an attacker drove a car along a pavement in Westminster on Wednesday, stabbed a policeman and was shot dead by police in the grounds of Parliament, according to the BBC.

The dead officer has been named as PC Keith Palmer, 48, a husband and father. 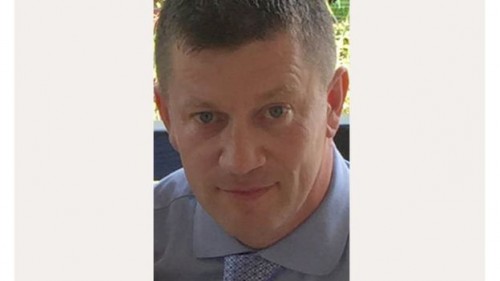 PM Theresa May said the attack was “sick and depraved” and struck at values of liberty, democracy and freedom of speech.

The attacker has not been named by police.

Acting Deputy Commissioner and head of counter terrorism at the Metropolitan Police, Mark Rowley, said they think they know who he is and that he was inspired by international and Islamist-related terrorism, but gave no further details.

“Heartbroken” former colleague, Conservative MP James Cleverly, paid tribute to the “lovely man” he had known for 25 years. The pair had served together in the Royal Artillery before PC Palmer became a policeman.

One woman was killed after being hit by the attacker’s car before it reached Parliament. She was confirmed dead by a doctor at St Thomas’ Hospital.

Mrs May said the attack was a “sick and depraved” attack on the heart of the capital. Such attempts to defeat UK values were “doomed to failure”, she said.

She paid tribute to the “exceptional men and women” of the police force who responded to the attack, saying: “We will all move forward together, never giving in to terror and never allowing the voices of hate and evil to drive us apart.”

The prime minister added: “The location of this attack was no accident.

“The terrorist chose to strike at the heart of our capital city where people of all nationalities, religions and cultures come together to celebrate the values of liberty, democracy and freedom of speech.”

She is expected to make a statement in the Commons later.

The husband of murdered MP Jo Cox said the “name I will remember” from the Westminster attack was that of PC Keith Palmer – not the attacker.

London mayor Sadiq Khan said: “My message to those that want to harm us and destroy our way of life is: You won’t succeed; you won’t divide us; we won’t be cowed by terrorists.”

BBC Newsnight reported there was a suggestion the car used in the attack was hired from an address in Birmingham. However, this has not been confirmed. 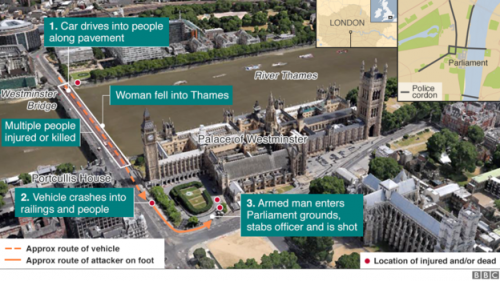