Shares
Donald Trump Jr is facing a backlash for criticizing London mayor Sadiq Khan with a scornful tweet sent hours after an attack at the Houses of Parliament left four dead, including a police officer. 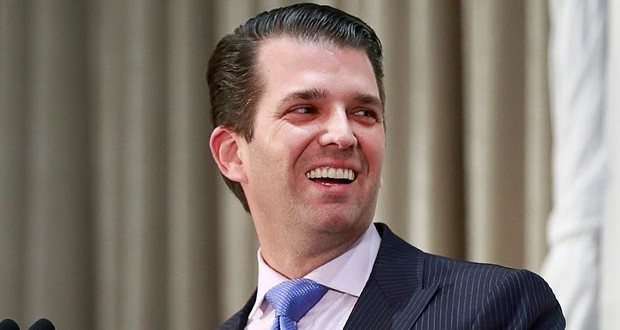 The US president’s eldest son tweeted a link to a September 2016 story in the Independent, which quoted Khan saying terror attacks were “part and parcel of living in a big city”, and “I want to be reassured that every single agency and individual involved in protecting our city has the resources and expertise they need to respond in the event that London is attacked,” Joinfo.com reports with reference to The Guardian.

“You have to be kidding me?!” Trump Jr tweeted, quoting the headline: “Terror attacks are part of living in big city, says London Mayor Sadiq Khan”.

You have to be kidding me?!: Terror attacks are part of living in big city, says London Mayor Sadiq Khan https://t.co/uSm2pwRTjO

It’s unclear if the president’s son read the article or understood that the quote was from six months ago and not a response to the Wednesday attack in London, which police are treating as a terrorist incident.

Authorities said five people died, including a police officer stabbed by a lone attacker trying to enter the House of Commons.

The suspect was fatally shot, and 29 people have been injured.

The tweet earned strong criticisms in the US and the UK, including from Wes Streeting, the MP for Ilford North and former president of the National Union of Students.

“You use a terrorist attack on our city to attack London’s Mayor for your own political gain. You’re a disgrace,” Streeting wrote.

@DonaldJTrumpJr You use a terrorist attack on our city to attack London’s Mayor for your own political gain. You’re a disgrace.

“Is this helpful @DonaldJTrumpJr?” tweeted Ciaran Jenkins, a correspondent with Channel 4 News. “Did you even read the article before goading London’s Mayor during a live incident?”

“Headline is based on very first sentence, which if you’d bothered to read it could apply to any major city in the world,” Jenkins added.

Others on Twitter pointed Trump Jr to Khan’s actual response to the attack on Wednesday, in which he said: “Londoners will never be cowed by terrorism.”

“I want to reassure all Londoners and all our visitors not to be alarmed. Our city remains one of the safest in the world. London is the greatest city in the world. And we stand together in the face of those who seek to harm us and destroy our way of life. We always have and we always will,” the mayor said.

Khan’s 2016 comments came after a bombing in New York City that injured 29 people.

This is not the first time Trump Jr has gotten into trouble for his tweets. In September, he compared Syrian refugees to poisoned Skittles, prompting widespread backlash. He also faced criticisms for sharing a white supremacist meme.

The White House did not immediately respond to a request for comment. But later on Wednesday Trump Jr wrote in an email to the New York Times: “I’m not going to comment on every tweet I send.”