Shares
Police have appealed for information to trace any "associates" of the Westminster attacker Khalid Masood. 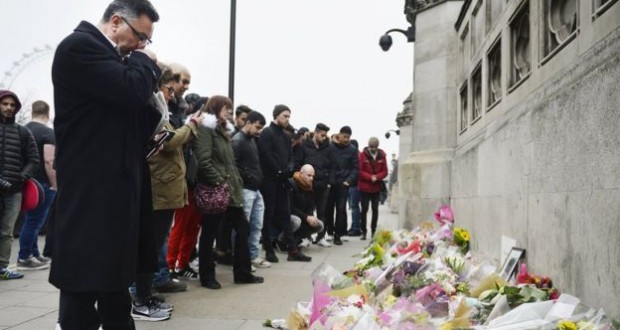 They have named his fourth victim as retired window cleaner Leslie Rhodes, 75, from Streatham in south London – one of three killed by Masood’s car on Westminster Bridge on Wednesday, Joinfo.com reports with reference to the BBC.

A Romanian who fell from the bridge into the Thames is stable in hospital.

Police said they have made two more “significant arrests”. Ten people have been arrested in total.

Fifty people were injured in the attack, with 31 receiving hospital treatment. Two are in a critical condition; one has life-threatening injuries.

The injured include Andreea Cristea, who had an operation for a blood clot on her brain after Masood’s car hit her on the bridge, pushing her into the river.

The Romanian ambassador told the BBC that Ms Cristea’s boyfriend Andrea Burnaz, who was also injured, was planning to propose to her later that day.

Prince Charles is visiting victims of the attack at King’s College Hospital. He will also meet paramedics and support staff involved in looking after the patients.

PC Keith Palmer died after being stabbed in the attack.

Masood, 52, mounted the pavement and drove into pedestrians on Westminster Bridge before crashing his car into railings and running into the grounds of Parliament.

Armed with a knife, he stabbed PC Palmer, before being shot dead by police.

The Metropolitan Police said he had used a number of aliases and was known to police. Mr Rowley said his birth name was Adrian Russell Ajao. 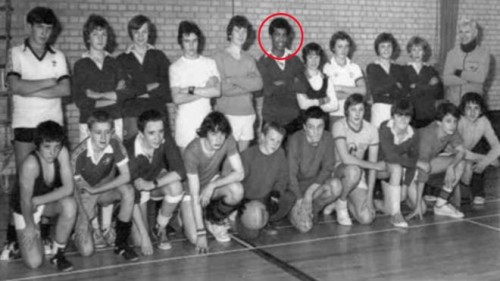 Mr Rowley said the investigation would focus on his “motivation, preparation and his associates”.

He said police would investigate whether Masood “acted totally alone inspired by terrorist propaganda, or if others have encouraged, supported or directed him”.

Mr Rowley added: “There might be people out there who did have concerns about Masood but did not feel comfortable for whatever reason in passing those concerns to us.”

He also said there would be a review of Parliamentary security to see if changes were needed.

Masood – who was born in Dartford, Kent – was known to police.

In the early 2000s Masood was convicted of causing grievous bodily harm after slashing a man across the face with a knife in a pub.

Heather Mott, of Northiam, East Sussex, said her late husband, Piers, had been defending someone when he was assaulted.

Masood was believed to have been living in the West Midlands, and had previously spent time in Luton, Crawley, West Sussex, and Rye and Eastbourne, both in East Sussex.

The night before the attack, Masood stayed at the £59-a-night Preston Park Hotel in Brighton.

Manager Sabeur Toumi told the BBC he checked in as Khalid “Masoud” and said he had come from Birmingham and was visiting friends.

Mr Toumi said he was “friendly and smiley”, while the hotel receptionist noted on their system he was a “nice guest”.

Businessman Michael Petersen, who was also staying there, told Sky News he came across as “polite… there is nothing in his conduct that would make me have any suspicious thoughts towards him”.

Asked about reports that Scotland Yard’s acting head Craig Mackey was rushed away from Parliament in the aftermath of the attack, Mr Rowley said: “It’s frustrating that we get nonsense like this from armchair critics.” 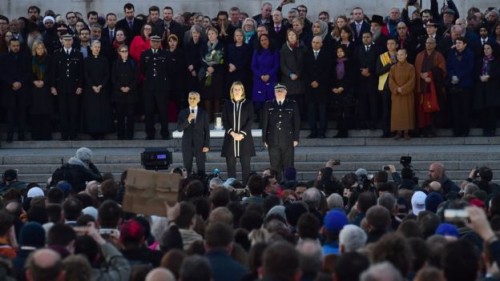 In total, 10 people have been arrested. Nine people are being questioned by police.

The latest arrests took place in the West Midlands and the North West.

Three women and five men were held in London and Birmingham on Thursday on suspicion of preparation of terrorist acts but Mr Rowley said one person has now been bailed.

Police said searches at five address were ongoing and 16 have finished. Detectives have seized 2,700 items, including “massive amounts of computer data”.

It has emerged that a house searched in Carmarthenshire belongs to Masood’s mother, although police said nobody at the property was a suspect.