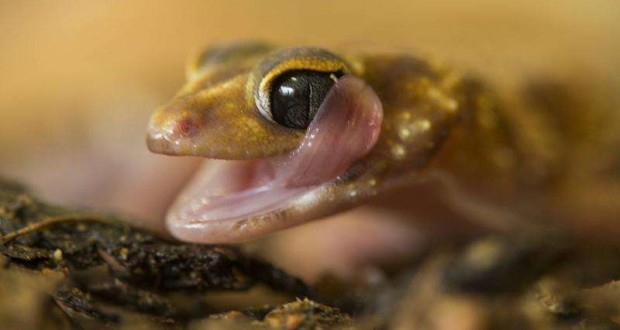 This period of intense and rapid climate change occurred at the same time when Australia separated from Antarctica, Joinfo.com reports with reference to Phys.org.

“The dramatic shift to colder and drier climates likely resulted in rapidly changing Australian habitats, which hugely impacted the animals that inhabited them,” said Mr Brennan from the ANU Research School of Biology.

“Our research provides evidence that rapid shifts in climate may have profound and long-lasting effects on global biodiversity.”

Mr Brennan said findings also suggested the emergence and spread of deserts in Australia from about 10 million years ago provided ideal habitat for new pygopodoid gecko species to prosper.

“Our findings suggest that arid regions of Australia have acted as a cradle for geckos, promoting the rich gecko diversity that is found across the continent,” he said.

Co-researcher Dr Paul Oliver said geckos did well in the harsh climates of arid Australia because they avoided the heat by being nocturnal.

“Many desert geckos also have strategies and attributes to avoid water loss, such as having relatively rugged skin and scales,” he said.

“The clear scale over the eye, called a spectacle or brille, is one such example of this, as it helps them avoid water loss from the surface of the eye. But that means they can’t blink, so they have to lick it clean.

“Underwoodisaurus and their relatives Nephrurus have little ‘eyebrows’ that stick out to keep dust and dirt off their eyes, because they’re burrowing species.”

The pygopodoid geckos are a group of about 150 species found across Australia.

See also: Biologists Plan to Bring the Woolly Mammoth Back to Life by 2019