Shares
The earthquake that hit New Zealand in November 2016 has changed the way scientists around the world think earthquakes might behave. 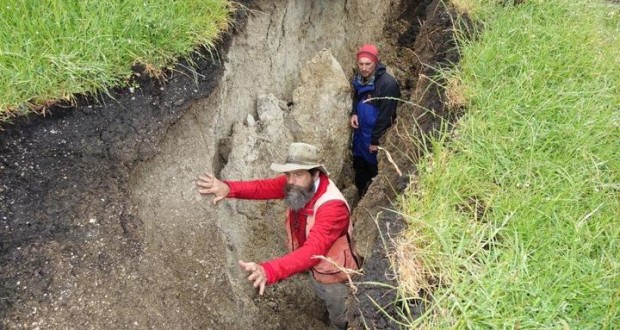 The discovery of blind, or unknown, faults means faultlines could connect up, giving a much longer structure and bigger-than-expected earthquakes, according to Radio NZ.

GNS Science has published the first of 10 papers on November’s 7.8-magnitude earthquake, in the international journal Science.

The data, including satellite radar imagery, show that parts of the South Island moved more than 5m closer to the North Island, and that some parts were raised by up to 8m.

GNS scientist Ian Hamling said the land from Kaikoura to Cape Campbell moved north-west by up to 6m. 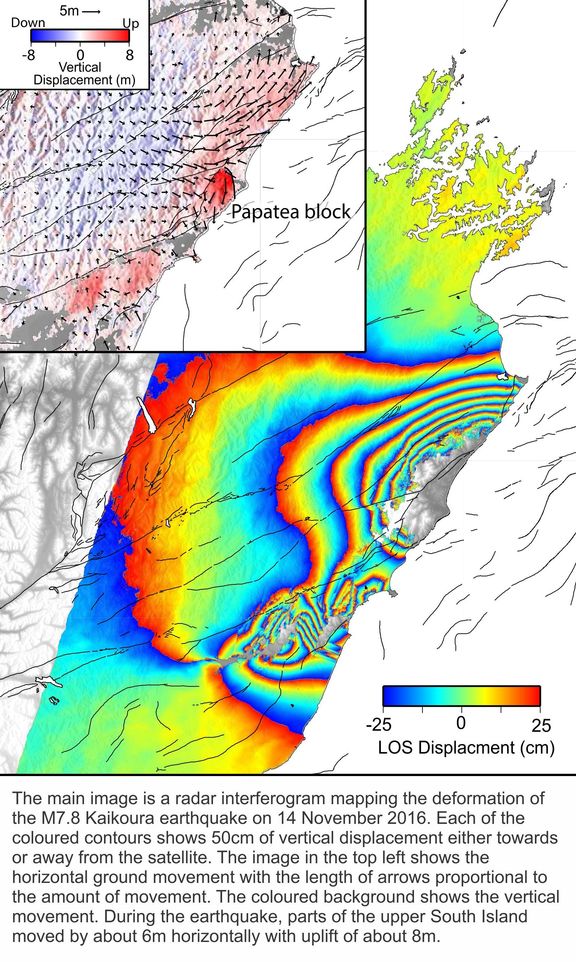 The Kaikōura earthquake was so complicated Dr Hamling got an interesting answer when he asked a friend at NASA’s Jet Propulsion Lab for advice.

“He just said, ‘good luck,’ and that was it. That kind of summed it up and everyone I’ve worked with in the past, we’re all like, ‘yeah, this is complicated’.”

Dr Hamling is the lead author of the paper. He said the Kaikōura earthquake was the best recorded large quake anywhere in the world.

“Parts of the top of the South Island have moved by up to six metres,” he said.

He said the movement could be seen on some of the faults.

What happened in the quake was a game changer. Previously, scientists assumed faults more than 5km apart would not continue to rupture, he said.

“What we found here is actually there is evidence for these blind faults that we didn’t know were there.

“They actually connect some of these faultlines up,” Dr Hamling said.

“Then suddenly you end up with a much longer structure to rupture, and hence we can then generate these bigger magnitude earthquakes.”

He said international hazard models, which were used to estimate earthquake shaking, were likely to change because of the Kaikōura quake.

The data defied a lot of the assumptions on how fault ruptures propagate through a fault network, which get fed into hazard models.

“It will hopefully drive a lot of re-thinking, not just in New Zealand, but elsewhere, on some of the possibilities that we previously would have thought not possible.” 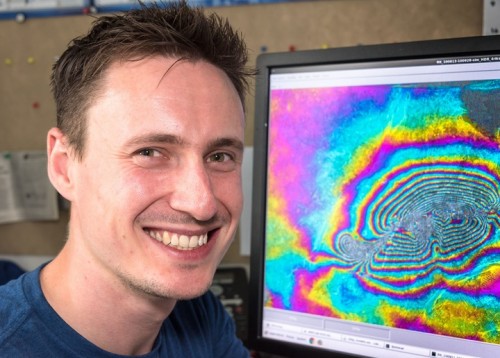 He said November’s earthquake was an example of those faults jumping from one to the next.

“We don’t even know how common it is.

“At least in this instance we’ve had a whole bunch of faults – 12 of them – that have all ruptured together and contributed to this really quite large earthquake.

“It shapes the way that we think about seismic hazard. We typically don’t think about these big cascading events on all these different structures including the plate boundary and the faults overriding that.

GNS Seismologist Bill Fry said it was abnormal for an earthquake of such a high magnitude to have so many faults rupturing concurrently.

He agreed the earthquake would change the way scientists thought about earthquakes in plate boundary zones.

The research paper, led by GNS, contained the work of 29 co-authors from 11 national and international institutes such a NASA laboratory in California and the University of Leeds.