Shares
The artwork depicts two masked men, one with a bow and arrow, hunting an ostrich 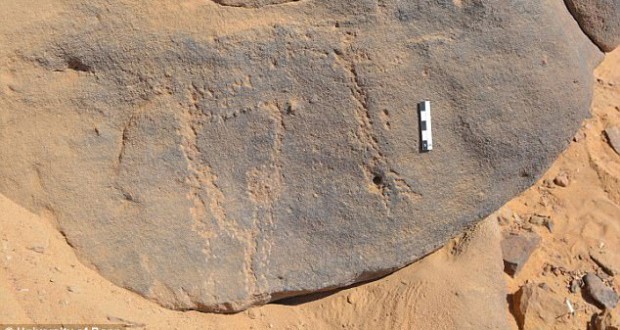 Rock carvings depicting masked men dancing around an ostrich in a 6,000-year-old hunting ritual have been discovered in Egypt, Joinfo.com reports with reference to Daily Mail.

The artwork, which is from the fourth millennium BC, was engraved into rock in the form of small dots.

Researchers say the scene closely resembles the hunting style of ancient shamans, and could represent a link between the Neolithic period and Ancient Egyptian culture. 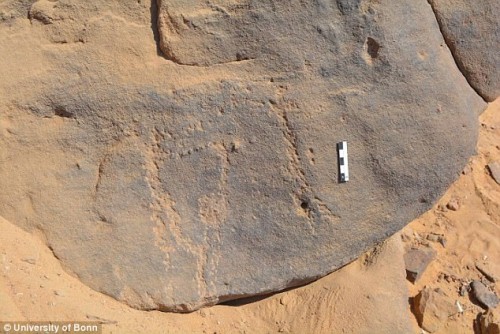 The find is being hailed as one of the ten most important archaeological discoveries in Egypt by the Minister of Antiquities in Cairo.

For more than 100 years, Qubbet el-Hawa, translated to Hill of Wind, has been a hotbed for Stone Age discoveries.

Over 80 burial mounds have been uncovered on the hill near Aswan in Egypt during excavations.

The site is believed to be a necropolis – a large ancient cemetery with elaborate tomb monuments.

The necropolis has been linked to the provincial capital Elephantine, which is thought to have existed from around 2200 to the fourth century BC.

It was an important trading base for Egyptians in Nubia, and their nobles were buried in the burial mounds, according to researchers.

Professor Elmar Edel from the University of Bonn investigated and documented the necropolis from 1959 to 1984.

‘The majority of the objects in the Egyptian Museum in Bonn come from these field campaigns,’ he said.

But now a new aspect at Qubbet el-Hawa has now been uncovered after an excavation took place in 2015. 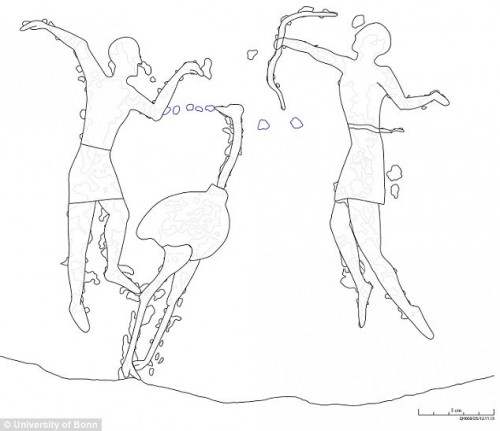 The excavation team discovered a much older archaeological find: Neolithic rock art from the fourth millennium BC.

‘Style and iconography provide solid clues when dating these,’ the scientists said.

‘It opens up a new archaeological dimension’.

Some of the engravings on the rock wall are clearly Egyptian in terms of iconography and stylistics, while others are thought to be pre-Egyptian, the researchers said.

The images were pecked into the rock with a hard point and are now barely visible.

Archaeologists analysed the images by tracing around the outlines of the visible markings.

They found the arrangement of dots depicts three figures: a hunter with bow, a dancing man with raised arms and an African ostrich. 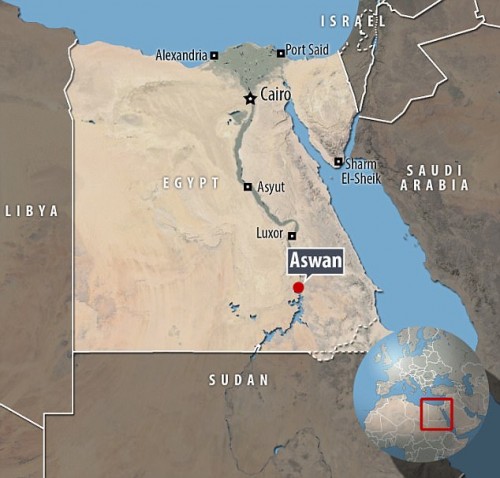 ‘The archer clearly shows hunting for the large flightless bird, while the man with raised arms can be identified as a hunt dancer,’ said Professor Morenz.

Ostrich hunting is today a common practice of the San people, a tribe indigenous to southern Africa.

‘This social practice and the associated complex of ideas have barely been looked at in Egyptology,’ said Professor Morenz.

The artwork may represent a link between the ancient Near Eastern and southern European Neolithic period and Ancient Egyptian culture.

‘This opens up new horizons for research,’ said Professor Morenz.