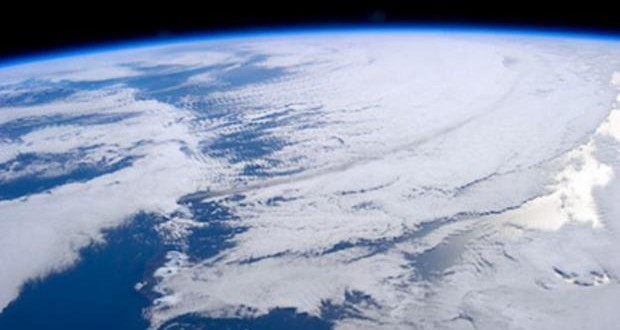 One of the scientists who demonstrated conclusively that global warming was an unnatural event with the famous ‘hockey stick’ graph is now warning that giant jetstreams which circle the planet are being altered by climate change, according to Independent.

Professor Michael Mann said extreme weather events – like the “unprecedented” drought in California last year, the flooding in Pakistan in 2010 and the heatwave in Europe in 2003 – were happening more often than they should do, even taking the warming climate into account.

This, he said, meant there had to be an additional factor.

Jetstreams are influenced by the difference in temperatures between the Arctic and the equator.

But the Arctic has been warming much faster than tropical climates – the island of Svalbard, for example was 6.5 degrees Celsius warmer last year compared to the average between 1961 and 1990. The land has also been warming faster than the sea.

Both of those factors were changing the flow of these major air currents to create “extreme meanders” which were helping to cause “extreme weather events”, Professor Mann said.

Last year, another leading climate scientist warned that the rapid rate of warming in the Arctic could have a “catastrophic” effect on the weather in the northern hemisphere.

In a paper in the journal Scientific Reports, Professor Mann and other researchers wrote that evidence of the effect of climate change on the jetstreams had “only recently emerged from the background noise of natural variability”.

They said that projections of the effect on the jetstreams in “state-of-the-art” climate models were “mirrored” in “multiple” actual temperature measurements.

Professor Michael Mann, of the Pennsylvania State University, said: “The unprecedented 2016 California drought, the 2011 US heatwave and 2010 Pakistan flood as well as the 2003 European hot spell all belong to a most worrying series of extremes.

“The increased incidence of these events exceeds what we would expect from the direct effects of global warming alone, so there must be an additional climate change effect.

“In data from computer simulations as well as observations, we identify changes that favour unusually persistent, extreme meanders of the jetstream that support such extreme weather events.

“Human activity has been suspected of contributing to this pattern before, but now we uncover a clear fingerprint of human activity.”

The jetstream normally flows reasonably consistently around the planet, but can develop loops extending north and south.

The researchers, who studied temperature records going back to 1870 as well as satellite data, said these loops could grow “very large” or even “grind to a halt” rather than moving from west to east.

The effect has been most pronounced during the past 40 years, they found.

“The more frequent persistent and meandering jetstream states seems to be a relatively recent phenomenon, which makes it even more relevant,” Dim Coumou, of the Department of Water and Climate Risk at Vrije University in Amsterdam.

“We certainly need to further investigate this – there is some good evidence, but also many open questions.

“In any case, such non-linear responses of the Earth system to human-made warming should be avoided.

“We can limit the risks associated with increases in weather extremes if we limit greenhouse-gas emissions.”