Shares
Prince George is to join a new private day school where the first rule is to “be kind” and children are discouraged from picking a best friend in case of hurt feelings. 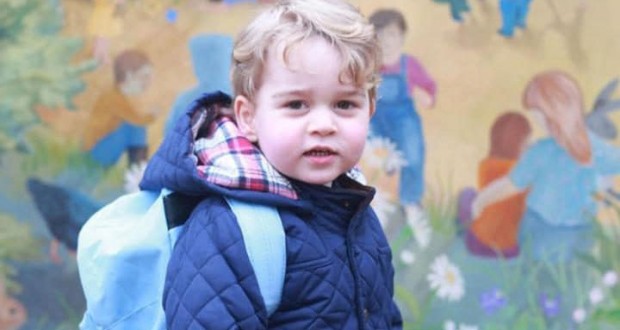 Prince George, aged three, will join Thomas’s, Battersea, in September, as he begins his journey into full-time formal education, Joinfo.com reports with reference to Telegraph.

The young Prince will attend the mixed-sex day school, which costs £5,653 (about $7,000) a term and has a particular focus on the arts, sports and the importance of outdoor activities.

A spokesman for Kensington Palace said:  “Their Royal Highnesses are delighted to have found a school where they are confident George will have a happy and successful start to his education.”

The decision means that, unlike his father and grandfather, Prince George will join a class alongside four-year-old girls rather than the all-boys environment traditionally favoured by Royal and upper class families.

The Duke of Cambridge and his brother Prince Harry both attended Wetherby pre-prep before moving to Ludgrove and then Eton.

The Prince of Wales, Duke of York and Earl of Wessex and their father, the Duke of Edinburgh, all attended secondary school at Gordonstoun, which Charles once called “Colditz in kilts” for its tough environment.

Prince George’s mother, the Duchess of Cambridge, attended the private St Andrew’s School in Pangbourne, Berkshire, and then Downe House.

Thomas’s school said it was honoured that its aims and values “reflect those that Their Royal Highnesses would like for Prince George’s education”.

Principals of the school, Ben and Tobyn Thomas, informed parents of their new pupil earlier today, pledging that it would not change as a result of Prince George attendance.

In a message, they told parents: “The Duke and Duchess have made it clear that they do not wish Prince George’s attendance at Thomas’s to change its aims, values or ethos in any way.

“They would like, as far as is possible, for him to enjoy the same education that all of our pupils receive and for them to join the school community as all of our new parents do.”

Security and communication strategies have already been closely examined ahead of the announcement, as teachers and parents brace for the increased attention.

The school’s website details how its most important rule is to “be kind”, with a teaching framework based on “enjoyment, learning and achievement”.

It states: “Whilst we are proud of our record of senior school entrance and scholarship successes, we place a greater emphasis on a set of core values, which include kindness, courtesy, confidence, humility and learning to be givers, not takers.”

According to Tatler’s guide to schools, the school boasts a counsellor and programme to track pupils’ “emotional responses”.

Ben Thomas, the headteacher, has previously spoken how how he hoped pupils would have “lots of good friends” rather than one best friend, in a bid to avoid possessive and hurt feelings.