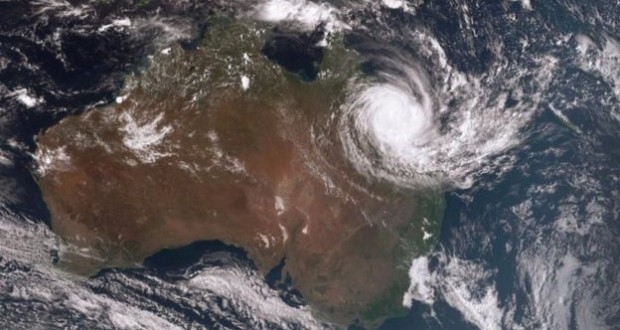 Cyclone Debbie made landfall between Bowen and Airlie Beach in Australian Queensland as a category four storm, whipping up gusts of 263km/h (163 mph), Joinfo.com reports with reference to the BBC.

It is moving inland as a category three but could cause damage for hours yet. One serious injury has been reported.

The extent of Cyclone Debbie’s devastation may not be known for some time, authorities said. 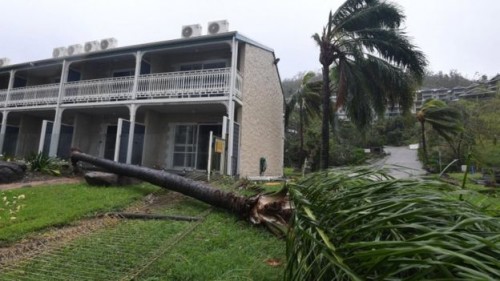 Police Commissioner Ian Stewart said: “We are going to get lots of reports of damage, and sadly I think we will also receive reports of injuries, if not death.”

Queensland Premier Annastacia Palaszczuk said assessing damage was difficult because communities had been cut off from power and phone reception.

One man had been seriously injured in a wall collapse triggered by the storm in Proserpine, Mr Stewart said.

Caravan park owner Roz Willcocks said her property near Bowen had been “trashed”.

“There’s at least 50 trees down. The neighbour’s roof came off. We’ve got sheds down,” she told the BBC.

Electricity providers said it was not known when power would be restored to houses.

Authorities warned people to stay indoors until it was safe to go outside.

Sit and wait is all that’s left to do. Now that Debbie has finally hit land, it’s too late to leave towns like Ayr, which lie in its path. Even the local fire-fighters are on lockdown, under strict orders not to respond to any calls until wind speeds fall back down below 80km/h.

That could take several hours, so they are doing the same as everyone else – following the footage on TV and checking the latest forecasts online.

Only the town pub is open, where a mix of locals and loggers are necking a few pints and playing pool. For the locals, it’s a way to take their minds off the damage being done to their homes.

For the loggers, it’s some respite before the busy month ahead, which they expect to spend helping to put power lines back in place.

“We’re going to see the impact of Cyclone Debbie for the next three to five days as it travels down the coast,” Ms Palaszczuk said.

More than 25,000 people were urged to evacuate their homes ahead of predictions the cyclone would be Queensland’s most damaging since 2011.

One person in the Whitsunday Islands compared the winds to “freight trains coming through left and right”.

“The trees are going wild. The place is just shaking continuously,” the man, identified only as Charlie, told the Australian Broadcasting Corp.

Greg Williamson, the mayor of Mackay regional council, told the BBC: “We’ve had winds up to about 95km/h for the last 12 hours. We’ve had torrential rain…. but that’s what you get for living in a tropical paradise.”

He said the Whitsunday Islands, Proserpine and Bowen were “really getting lashed now at the moment”.

The region is expected to be hit with 150-500mm of rain on Tuesday, with warnings of floods in low-lying areas. Police warned people to beware of fallen power lines, which could be deadly. The Insurance Council of Australia declared the cyclone a “catastrophe.”

More than 2,000 emergency workers are on standby, but people have been warned crews will only respond when it is safe to do so.

All flights have been cancelled at Townsville Airport and Mackay Airport.

Mr Stewart said the weather contributed to the death of a woman in a car crash on Monday.

Why is it so powerful?

As well as being a wider storm than most: “It is well above average intensity and made landfall at close to its peak intensity,” Dr Jeffrey D Kepert, head of the Bureau of Meteorology’s High Impact Weather Research told the BBC.

Crucially, it is also very slow-moving. That “can be more damaging because the duration of strong winds is longer. As structures experience a longer battering, things like metal fatigue set in, leading to more damage. Also, more of the rain falls in the same area rather than being spread out, leading to a greater flood risk,” he added.

What is the predicted damage?

“The great concern in Queensland for decades has been what if it hits a major city,” said Assoc Prof David King, director of the Centre for Disaster Studies in the state’s James Cook University.

Fortunately Debbie looks likely to head between two cities so “the destruction is likely to be somewhat less than feared.” And while tourists are less able to evacuate from the resorts that have been hit more directly, their hotels are “likely to have higher foundations” and be built more solidly than many ordinary homes near the coast.

No. The storm will still be around even as it downgrades. But, as a silver lining, it could bring some relief to farmers affected by drought. “Hopefully that will bring a bit of rain to the interior,” Prof King says.