Home / World / ‘I am an Arctic researcher. Donald Trump is deleting my citations’ – Victoria Herrmann

‘I am an Arctic researcher. Donald Trump is deleting my citations’ – Victoria Herrmann 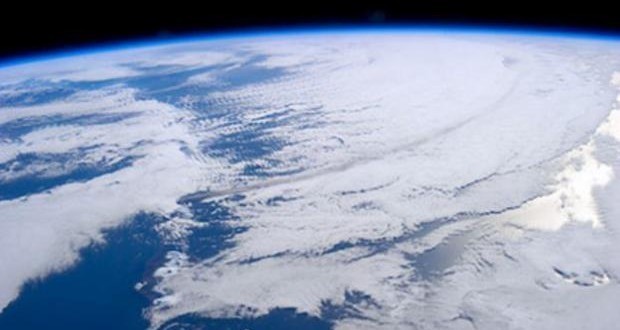 According to Victoria Herrmann’s report published in The Guardian,  Trump administration continues to delete data on Arctic research and climate measurements, Joinfo.com reports.

“As an Arctic researcher, I’m used to gaps in data. Just over 1% of US Arctic waters have been surveyed to modern standards. In truth, some of the maps we use today haven’t been updated since World War II. Navigating uncharted waters can prove difficult, but it comes with the territory of working in such a remote part of the world,” Victoria Hermann, the Managing Director of The Arctic Institute and a National Geographic Explorer said in the statement.

“Over the past two months though, I’ve been navigating a different type of uncharted territory: the deleting of what little data we have by the Trump administration.

“At first, the distress flare of lost data came as a surge of defunct links on January 21st. The US National Strategy for the Arctic, the Implementation Plan for the Strategy, and the report on our progress all gone within a matter of minutes. As I watched more and more links turned red, I frantically combed the internet for archived versions of our country’s most important polar policies.

“I had no idea then that this disappearing act had just begun.

“Since January, the surge has transformed into a slow, incessant march of deleting datasets, webpages and policies about the Arctic. I now come to expect a weekly email request to replace invalid citations, hoping that someone had the foresight to download statistics about Arctic permafrost thaw or renewable energy in advance of the purge.

“In the waning days of 2016 we were warned: save the data. Back up the climate measurements. Archive the maps of America’s worst polluters. Document the education portals that teach students about backyard ecosystems.

“Anticipating a massive overhaul by the new administration, scientists around the world sounded the alarm to copy as many files off of government sites before they were altered or removed. As the inauguration neared, hundreds of guerrilla archivists took up the call. From Philadelphia to Toronto, hackers raced against the clock to protect crucial datasets before they disappeared. Volunteers tried tirelessly to save what they could, but the federal government is a massive warehouse of information. Some data was bound to get left behind.

“All in all, emails about defunct links of sites that weren’t saved are annoying, but harmless. Finding archived materials to replace them add maybe 20 minutes of internet searches to my day – and a bit of anger at the state of the country.

“The consequences of vanishing citations, however, pose a far more serious consequence than website updates. Each defunct page is an effort by the Trump administration to deliberately undermine our ability to make good policy decisions by limiting access to scientific evidence.

“We’ve seen this type of data strangling before.

“Just three years ago, Arctic researchers witnessed another world leader remove thousands of scientific documents from the public domain. In 2014, then Canadian Prime Minister Stephen Harper closed 11 Department of Fisheries and Oceans regional libraries, including the only Arctic center. Hundreds of reports and studies containing well over a century of research were destroyed in that process – a historic loss from which we still have not recovered.

“These back-to-back data deletions come at a time when the Arctic is warming twice as fast as the global average. Just this week, it was reported that the Arctic’s winter sea ice dropped to its lowest level in recorded history. The impacts of a warming, ice-free Arctic are already clear: a decline in habitat for polar bears and other Arctic animals; increases in coastal erosion that force Alaskans to abandon their homes; and the opening up of shipping routes with unpredictable conditions and hazardous icebergs.

“In a remote region where data is already scarce, we need publicly available government guidance and records now more than ever before. It is hard enough for modern Arctic researchers to perform experiments and collect data to fill the gaps left by historic scientific expeditions. While working in one of the most physically demanding environments on the planet, we don’t have time to fill new data gaps created by political malice.

It should be recalled that on Tuesday, US President Donald Trump will sign a sweeping executive order at the Environmental Protection Agency, which looks to curb the federal government’s enforcement of climate regulations by putting American jobs above addressing climate change.