Shares
A team of researchers have come up with a new chapter in the evolution of human brain. 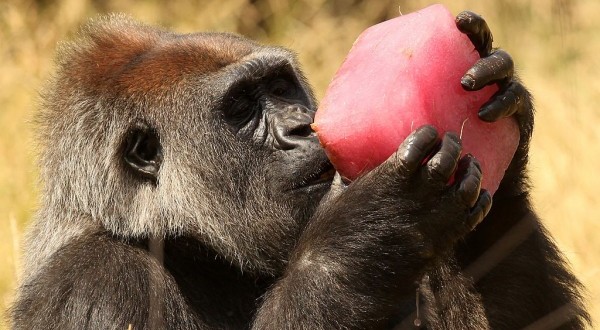 The researchers think that the ancestors of human, also known as primates, used to live on a fruit-filled diet and thus developed a bigger brain eventually, Joinfo.com reports with reference to The Science Times.

However, this also made finding food for the fruit-eating primates a hard job, as the task is considered one of the hardest by the researchers. Another reason for the development of bigger brains in primates is supposed to be their ability to communicate with members of a large group that they used to stay in. The “frugivores” often used to cover long distances forming large groups in search of fruits, study says. This often helped in shoving away the smaller or weaker groups of primates who also competed for a fruit-filled diet.

According to National Public Radio, some researchers are also of the opinion that the social group size and the complexity of species within the group have a lot to do with the development in brain size of the fruit-eating primates. They point out that the “neocortex” or the part of the brain which deals with cognitive behavior, language and perception grows in size due to the complex attributes present in a particular social group.

The researchers also state that both the fruit-eating habits and ability to interact with a large social group come into play in the development of the brains of primates. The cognitive abilities developed in the primates over a significant amount of time, as they got smarter through interaction with various species and the growth of social groups.

It took millions of years for the evolution of the brains in its current situation. Researchers opine that a lot more studying of the social and behavioral characteristics of the primates can get them to some kind of a conclusion that all can agree upon.