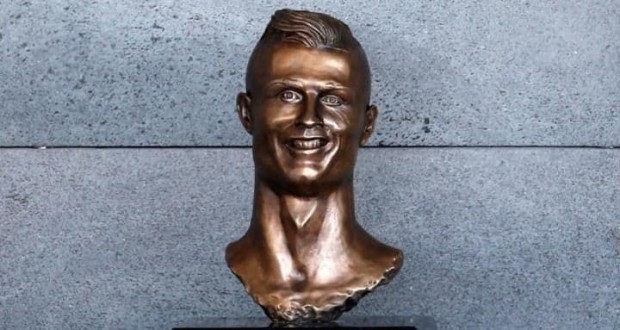 The artist who created a bronze bust depicting Cristiano Ronaldo has defended his work after the the piece became an internet sensation for all the wrong reasons, Joinfo.com reports with reference to Telegraph.

The bronze bust spawned a host of memes as observers compared the likeness to a number of obscure personalities including Niall Quinn, Paul Konchesky and the talking head from the British TV programme, Art Attack.

Despite international ridicule the man responsible for the artwork was nonplussed by online criticism.

“Even Jesus did not please everyone. This is a matter of taste, it’s not as simple as it seems,” said Emanuel Santos in an interview with Portuguese website Globo Sports.

The artist also revealed he used photos he found on the internet as the inspiration for his work.

“I used photos of Cristiano Ronaldo that I searched on the internet as a base. I put the photos next to me and started working on the bust.

“What matters is the impact that this work generates. There is always the possibility of making a difference, I was prepared for all this.” 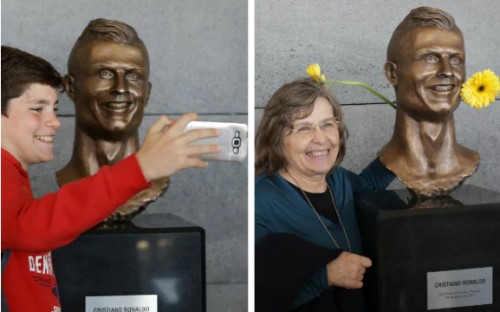 “Cristiano saw the photos that his brother sent him. I was with the brother at Cristiano’s museum in Madeira and from the messages he sent, I could tell that he liked what he saw.”

“You know how proud I am of my roots, my homeland,” said Ronaldo in a speech at the unveiling of the statue.

The 32-yeart-old later posted on Twitter: “Happy and honored to have my name given to the Madeira airport!”

Marcelo Rebelo de Sousa, president of Portugal, insisted the tribute to Ronaldo was legitimate, as he was “an example of excellence [that] projects Madeira and Portugal across the world far more than anybody else”.