Shares
The extinct marsupial has reportedly been spotted in Australia 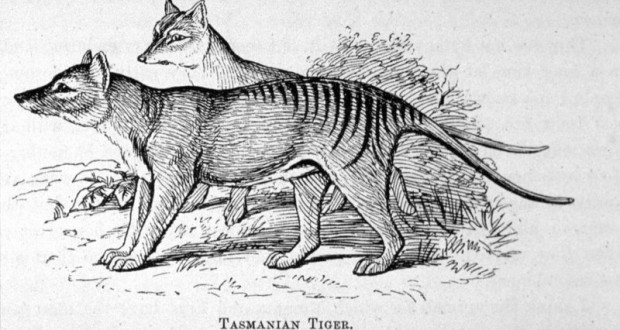 Recent “plausible sightings” have challenged the accepted wisdom that Thylacinus cynocephalus has gone extinct — and have inspired researchers at Australia’s James Cook University to commence a quest to find it themselves, Joinfo.com reports with reference to NPR.

Let’s clarify one thing right away: this animal is no feline. In fact, it’s a marsupial — in the same family as kangaroos — but its face looks a lot like a dog.

“It’s a dog with a pouch,” the university’s Sandra Abell tells All Things Considered. She’s one of the people leading the search in Queensland, Australia.

“It has a very dog-like face,” she says, “but its back and the tail in particular looks a little bit kangaroo-like. Its hind quarters are very distinctive — so they have stripes on the back end and that large tail, very interesting looking.”

The team is planning to place dozens of cameras in the area the elusive animal has reportedly been spotted, in hopes of catching it on tape.

The researchers also plan to use the cameras to collect more general information about declining populations of mammals in Australia. Abell says that north Queensland has recently experienced “small mammal crashes,” and the tapes might help explain why.

Once common in Australia and Tasmania, the last known Tasmanian tiger died in 1936 at Tasmania’s Hobart Zoo, according to the Australian government.

That was more than 100 years after a prominent land company in Tasmania offered a bounty to settlers to kill the tigers, which were hunting newly introduced sheep, according to the Tasmanian government. It later introduced its own bounties and paid more than 2,000 of them between 1888 and 1909.

In 1986, the species was declared “extinct by international standards,” the Tasmanian government adds.

Still, reported sightings have persisted ever since the death of the Hobart Zoo animal.

There’s even a group — the Thylacine Awareness Group of Australia — that tracks reports and is dedicated to the idea that the Tasmanian tiger still exists.

Some claims appear more credible than others. Australia’s ABC reports that researchers were particularly intrigued by a recent account given by former tour operator Brian Hobbs about a camping trip in 1983:

” ‘I hopped out of bed and put her [the dog] on a short leash, grabbed a spotlight and started to look around the camp towards the ravine area where I’d been walking the dog previously,’ he said.

” ‘All of a sudden I had these sets of red eyes looking at me and there was a male, a female and two pups – I got within 20 metres of them.’ …

” ‘These animals, I’ve never seen anything like them before in my life,’ he said.

” ‘They were dog-shaped – I had a shepherd with me so I certainly know what dogs are about – and in the spotlight I could see they were tan in color and they had stripes on their sides.”

Abell rebuffs comparisons to searches for rumored animals like the Yeti or the Loch Ness monster.

“This isn’t a mythical animal, this is something that is real. We have real fossils and we have images and video footage of this real animal,” she said. “But the probability that it will be discovered is very low, so I’m not persuaded that they’re out there. For me, I’ll need some hard data to be able to satisfy my curiosity.”

She adds: “I really hope they’re out there. I think it would be an amazing thing to discover.”