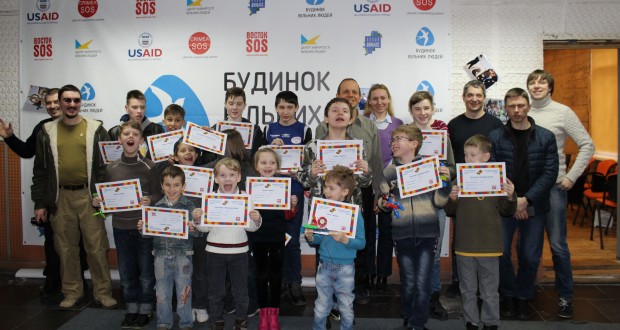 The final stage of the championship was held at the House of Free People and supported by the Vostok-SOS Charitable Foundation. The event was attended by representatives of Europe and North America and international organizations, UkraineIS leaders Sergiy Vakarin and Vitaliy Nebylytsya, Vostok-SOS Program Coordinator Yurii Shatkovskii, volunteers and media representatives, Joinfo.com reports. 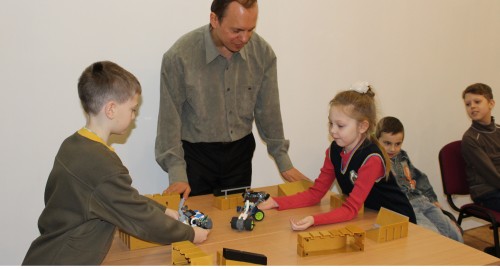 The organizers decided to include the winners of the semi-final races in joint teams of friendship for the final round. Thus, each team included representatives of IDPs from Ukraine’s uncontrolled territories and Kyiv. A combined team of Donbas and Kyiv, including Svyatoslav Belov, Aryna Bortnyak and Dmytro Voloshin, won the final race. 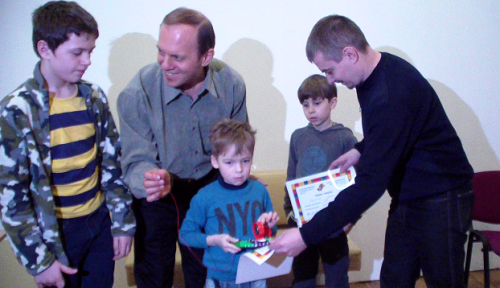 The organizers of the contest thanked Kyrylo Agapov who developed original Lego cars with a spring mechanism, which were used in most rounds. He and Artem Bondarenko received diplomas in two categories at once: “Best Design” and “Finalist”. 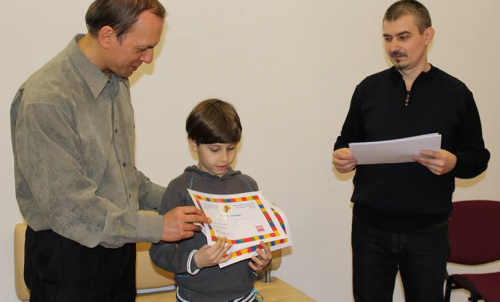 Children from the Zhytomyr region (Korosten Сopter Club headed by Ivan Norozhnov) came with an original show that included fascinating demo flights of quadrocopters, and the participants observed the image that copters transferred to the virtual reality helmets. 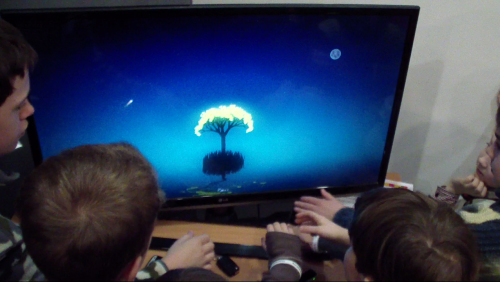 One of the races of the championship that used radio-controlled cars caused great interest of the guests. Kids steered Lamborghini and Iron Man car models with RC controls. To the guests’ surprise, the Lamborghini model was the winner against the much larger rival car in most collisions. 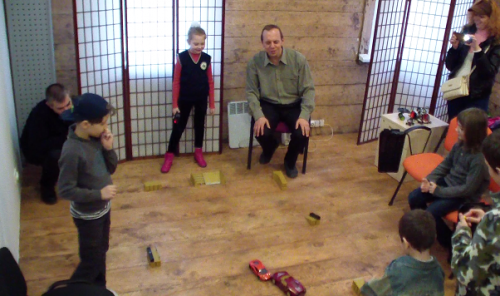 The general sponsor of the event was UkraineIS NGO, including funding, materials and models. In addition, UkraineIS organized master classes for children. Developers of the 2 Bytes Game Studios described how computer games are created, and the participants of the Lego Club organized by Sergiy Vakarin demonstrated new technologies of 3D modeling with the help of Lego elements. 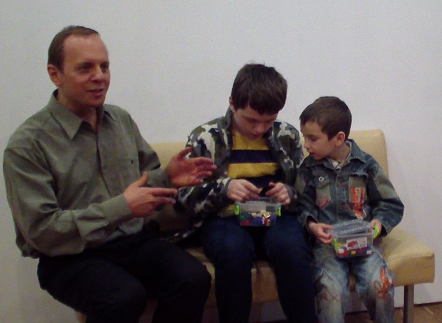 Most rounds of the contest included participation in various hi-tech events. Contest participants took part in master classes in which they were creating computer games, testing Lego robots, as well as other events and programs that are regularly held by UkraineIS in Kyiv. 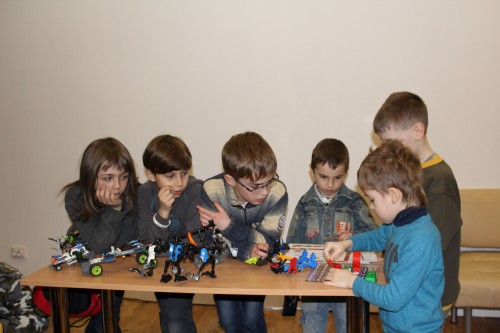 Each participating child received a Lego kit as a gift from UkraineIS. 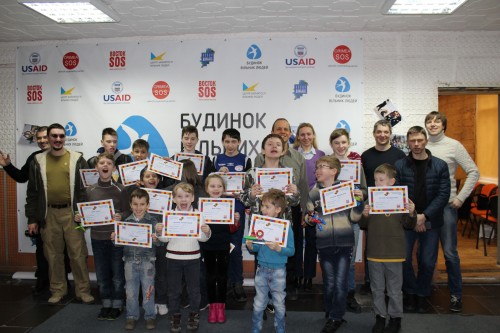