Shares
UkraineIS conducted the first International Forum of High Technologies and Opportunities for Ukraine at the House of Free People with participation of representatives of international organizations, the United States, Canada and EU countries 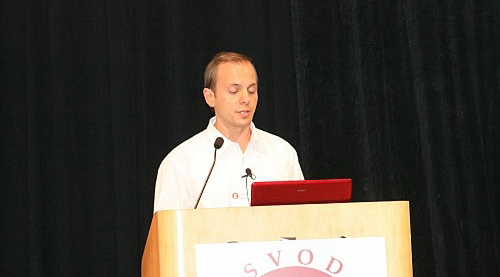 On March 18, UkraineIS conducted the first International Forum of High Technologies and Opportunities for Ukraine at the House of Free People with participation of representatives of international organizations, the United States, Canada and EU countries. The Forum hosted a discussion with international experts, representatives of leading public organizations, business and the media was moderated by Sergiy Vakarin, UkraineIS Chairman of the Board, Joinfo.com reports. 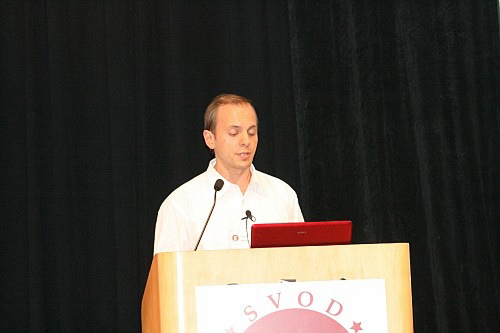 A series of events starts in Ukraine to commemorate the 50th anniversary of the Ukrainian World Congress. Sergiy Vakarin congratulated the Congress on the anniversary, and Lyudmila Matsura (UWC) conveyed congratulations to the participants from the Director of the UWC Misision to Ukraine Serhiy Kasyanchuk. The participants were greeted by the representatives of the EU Delegation, embassies of the countries of the EU and North America in Ukraine. 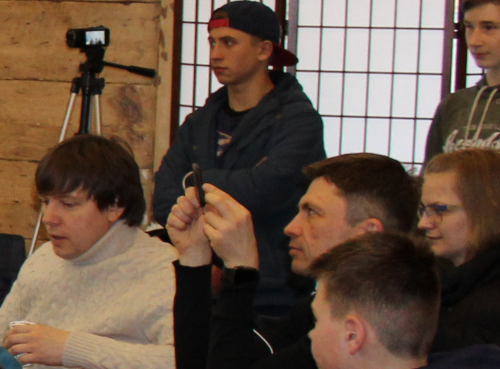 The book “New Generation Wins: Independent Ukraine is 25” was presented at the forum. Sergey Vakarin briefly presented the activities of UkraineIS, which includes projects of Ukraine’s cooperation with the United States, the United Kingdom, Canada, Germany and other countries, promotion of high technologies in Ukraine and Ukraine’s image in the world, and assistance to Ukrainians in obtaining Western education (including in the UK and Canada). 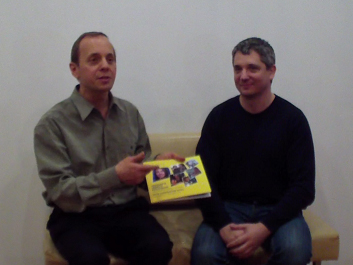 During the discussion Peter Santenello (USA) explained why among 80 countries that he visited, he decided to stay in Ukraine. Kyiv, in his opinion, presents more opportunities for business than even Paris. When returning from most countries to Ukraine, he feels that he is back to the civilization. Unfortunately, there is little positive information about Ukraine in the world, and UkraineIS is cooperating with prominent Westerners, such as Peter Santenello, to change Ukraine’s perception of the world.

Cyrus Haghighi (Canada) is a lawyer and IT expert with great international experience who also lives in Ukraine. He spoke about many opportunities for Ukrainians in the world, including, for instance, high demand for Ukrainian teachers in Asian countries. However, this fact is yet another illustration of the need for decent remuneration of the teachers’ work in Ukraine. 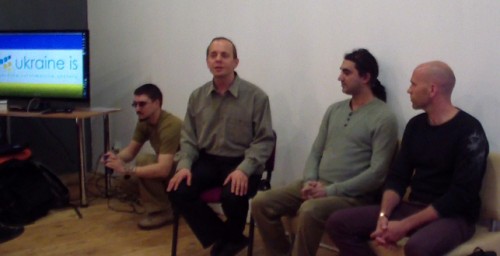 Vitaliy Nebylytsya and Bogdan Boyko presented new media projects of Joinfo Media, and Andriy Sherstyuk told about the participation of Ukrainian companies at international exhibitions in the EU countries.

The participants agreed that the demand for Ukrainian IT experts in the world is very high, but it is necessary to create the conditions for Ukrainian companies and startups to develop the final hi-tech products in Ukraine, rather than be forced to implement their ideas in other countries. 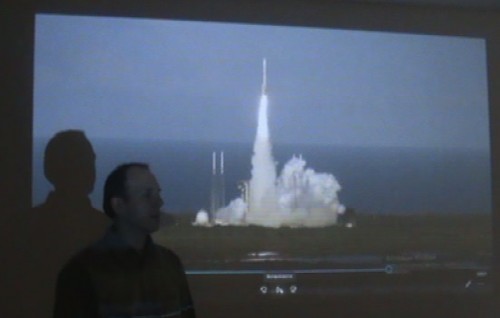 Program Coordinator of Vostok-SOS Yurii Shatkovskii talked about projects to help the IDPs from the East and to expand the activities of Vostok -SOS. He thanked for the financial support of the USAID project, thanks to which it is now possible to conduct IT and English courses and other events for IDPs at the new building of the House of Free People. 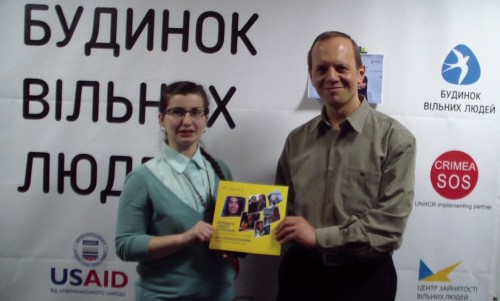 UkraineIS also demonstrated its hi-tech and education projects to the participants of the forum.

Oleksiy Planida and his developers from the 2 Bytes Game Studios presented their new virtual reality projects based on Leap Motion in the Unreal environment, which are implemented with the support of UkraineIS. These projects are based on powerful technologies and have great educational and social significance. During the demonstration, University students and children from different regions of Ukraine, including IDPs from the East, mastered the 2 Bytes software environment, which allows controlling objects on the screen by hand gestures with a high degree of accuracy. 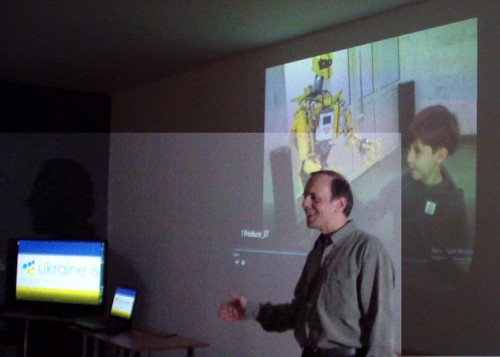 In his speech about the outcomes of the “First Ukrainian Championship of Lego Models and Radio Controlled Cars” organized by UkraineIS, Sergiy Vakarin noted that the preparation of the contest included visits to many events. The participants took part in master classes on computer games creation, Lego-robots testing, other events and programs  that UkraineIS regularly conducts in Kyiv. The final stage of the championship was held with the support of the Vostok-SOS Charitable Foundation.

The demonstration was attended by representatives of the Korosten Copter Club. Its head Ivan Norozhnov presented his important project of practical hi-tech training, which is implemented with the support of the New Donbass organization. Together with his pupils he demonstrated flights of quadrocopters, during which the participants could observe the terrain from the height in the virtual reality helmets.

UkraineIS promotes the image of Ukraine in the world in the field of high technologies (for example, Sergiy Vakarin noted that thanks to the support of UkraineIS, the Mars Hopper project won first place in the world at the NASA Space Apps competition), as well as arts (awards of Ukrainian films at Western festivals with UkraineIS suport) and sports (the victory of Ukrainian teams in the EU countries with the assistance of UkraineIS).

Participants thanked Sergiy Vakarin for his successful work in promoting high technologies in Ukraine. The Forum was conducted with support of the Vostok-SOS Charitable Foundation.