Shares
Fast radio bursts (FRBs) have puzzled astronomers since their discovery in 2007. Now scientists have squashed the theory that the signals were made by humans 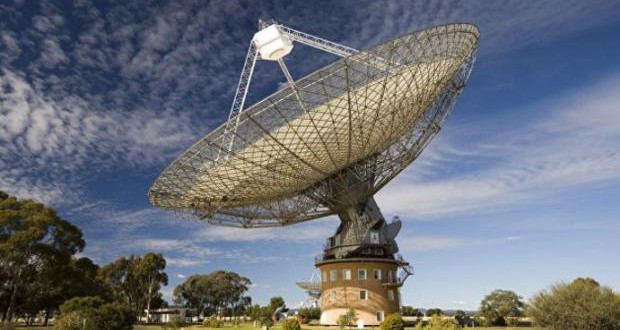 Rare and brief bursts of cosmic radio waves have puzzled astronomers since they were first detected 10 years ago. Some suggested these mysterious bursts of energy could be a sign of alien life trying to contact us. Now scientists have confirmed that the mysterious signals really do come from outer space, Joinfo.com reports with reference to Daily Mail.

Fast radio bursts, or FRBs, are radio emissions that appear temporarily and randomly, making them not only hard to find, but also hard to study.

The mystery stems from the fact it is not known what could produce such a short and sharp burst.

This has led some to speculate they could be anything from stars colliding to artificially created messages.

‘Perhaps the most bizarre explanation for the FRBs is that they were alien transmissions,’ said Professor Matthew Bailes from Swinburne University of Technology in Melbourne, who contributed to the new research.

In 2013, scientists realised that the Molonglo telescope’s unique architecture could be used to pinpoint FRs because of its enormous focal length.

A massive re-engineering effort began, which is now opening a new window on the Universe.

The telescope produces 1000 TB of data every day. In comparison, all of the web pages on Wikipedia use just 5.87 terabytes of storage.

Researchers developed software capable of sifting through this vast information to hunt down FRBS.

Using this software, the researchers pinpointed the likely locations of three FRBs.

The telescope data indicated that all three FBRs originated in outer space, but only one could be localised to an individual galaxy.

‘Figuring out where the bursts come from is the key to understanding what makes them,’ said Manish Caleb, a PhD student at Australian National University who designed the new software.

‘Only one burst has been linked to a specific galaxy.

‘We expect Molonglo will do this for many more bursts.’

The research was published in Monthly Notices of the Royal Astronomical Society.