Shares
The United Nations Security Council will be briefed on Wednesday, at the request of Britain and France, on a suspected chemical weapons attack in Syria that killed dozens of people, including 11 children, in the northwestern province of Idlib. 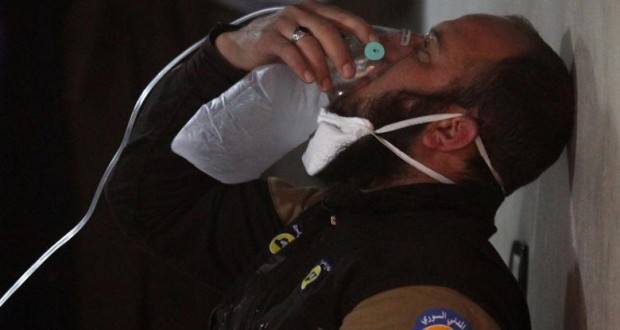 France, the United States and Britain blamed Syrian President Bashar al-Assad’s forces for the attack on Tuesday. The Syrian military denied responsibility and said it would never use chemical weapons, Joinfo.com reports with reference to Reuters.

“We obviously are very concerned about what happened with the Syrian chemical weapon attack so we’ll be having an emergency meeting tomorrow morning in the open chamber,” U.S. Ambassador to the United Nations Nikki Haley told reporters.

The United States is president of the 15-member council for April. The body had been due to hold its monthly closed-door briefing on chemical weapons in Syria on Wednesday afternoon.

British U.N. Ambassador Matthew Rycroft said the Idlib attack “demonstrates once again that the regime will stop at nothing to remain in power, even the use of the most heinous weapons imaginable.”

He said one reason for holding a Security Council meeting was “to put pressure on those who vetoed previous action to call to account those who used chemical weapons and to ask them what their plan is now.”

In February Syrian ally Russia, backed by China, cast its seventh veto to protect the government of President Bashar al-Assad from council action, blocking a bid by Western powers to impose sanctions over accusations of chemical weapons attacks during the six-year-long conflict.

China’s U.N. Ambassador Liu Jieyi defended Beijing’s veto and told reporters of the Idlib attack: “It’s a serious issue and we really need to take a professional look at what has actually happened.”

An investigation by the U.N. and the Organization for the Prohibition of Chemical Weapons (OPCW) found Syrian government forces were responsible for three chlorine gas attacks in 2014 and 2015 and that Islamic State militants had used mustard gas.