Shares
This image from the HiRISE instrument on NASA's Mars Reconnaissance Orbiter was acquired to take a closer look at a circular feature that might be an impact structure on the South Polar layered deposits. 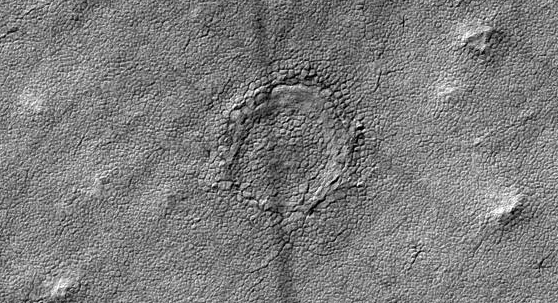 NASA’s HiRISE instrument on Mars Reconnaissance Orbiter spotted a strange circular feature on the surface of Mars that could be the site of a past impact, Joinfo.com reports with reference to NASA.

Measuring the sizes and frequency of impact craters provides a constraint on the age of the landscape. However, craters in icy terrain are modified by processes that flatten and change them in such a manner that it is hard to say for sure if it had an impact origin. 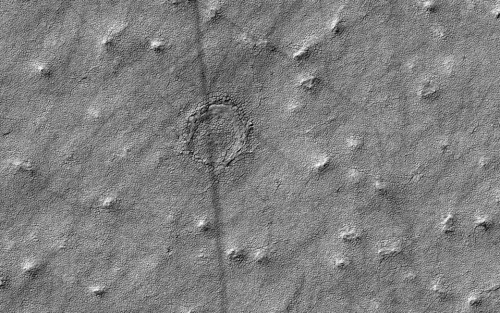