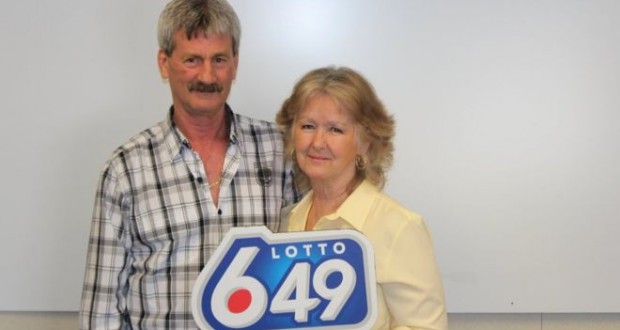 Barbara and Douglas Fink had won the lottery twice before, once in 1989 and once in 2010. But February’s Western Canada Lottery jackpot was by far the largest, according to a press release from the provincial lottery, Joinfo.com reports with reference to the BBC.

The couple from Edmonton, Alberta say they will use the money to provide for their children.

“Family comes first,” Mrs. Fink told the provincial lottery organisers. “We want to make sure that our daughters and our grandkids are looked after.”

They’ll spend some of their winnings on themselves. Mr Fink says they plan to travel and start house hunting.

“Barbara wants a new house, so she’ll get one,” he told the lotto corporation.

This time, they were just one of two ticket-holders to guess all six numbers correctly.

Mrs Fink says she was the one who discovered they were winners, while her husband was out of town for work.

She tried calling him, but at first he didn’t pick up.

“He didn’t answer, so I waited five minutes and tried again,” she remembered. “That time, he picked up. I said, ‘I did it again!'”