Shares
Kepler-1649, which has a tight orbit and resembles its sister planet Venus in many ways, is a prime candidate for looking for life in future space missions 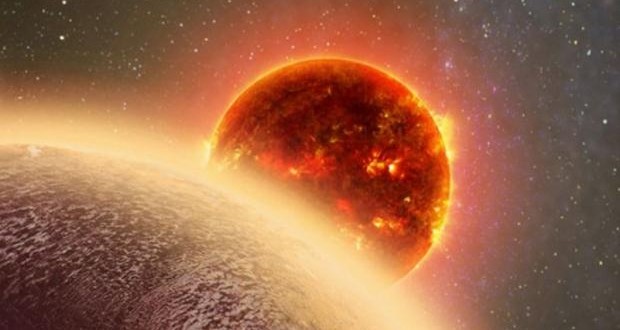 Astronomers have discovered an Earth-like planet Kepler-1649 just 219 light-years away which could be a major step forward in the search for alien life, Joinfo.com reports with reference to Daily Mail.

This newly discovered world is only slightly larger than Earth and orbits a low-temperature star called M5V that’s one-fifth the diameter of our Sun.

Astronomers say this planet, which is a close relative of Venus, will be a prime candidate for looking for life in the next generation of space missions.

Its tight orbit causes the flux of sunlight reaching the planet to be 2.3 times as great as the solar flux on Earth.

If orbiting planets such as Kepler-1649 huddle close to their star, they could in theory fall within the habitable zone where life is possible.

The discovery will provide insight into the nature of planets around M dwarf stars which are small, cool and relatively common in our universe.

‘Planets like Kepler-1649b will be prime candidates for atmospheric and habitability studies in the next generation of space missions’, researchers said in the paper which is published in The Astronomical Journal.

While Earth and Venus evolved to have similar sizes and densities, it remains unclear what factors led to the dramatic divergence of their atmospheres.

According to SETI Institute scientist Isabel Angelo, the study of planets similar to the Venus analog Kepler-1649 is ‘becoming increasingly important in order to understand the habitable zone boundaries of M dwarfs.

‘There are several factors, like star variability and tidal effects, that make these planets different from Earth-sized planets around Sun-like stars’, she said.