Shares
On Saturday night at a 3,000-capacity venue in Maryland, two Ukrainians -- good friends -- defend world titles. For many, they are two of the best boxers on earth. Their unbeaten compatriot Oleksandr Gvozdyk, of whom much is expected, is on the undercard. 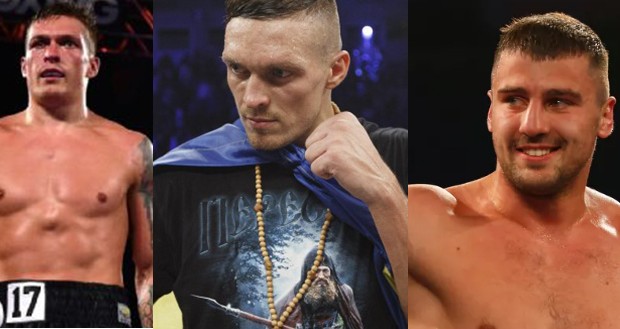 Vasyl Lomachenko and Oleksandr Usyk both dominated as amateurs before climbing to the top of the professional ranks. Lomachenko is almost certainly the greatest amateur boxer of all-time, having racked up an unprecedented record of 396-1. He avenged his only career defeat — twice, for good measure — and has two Olympic gold medals and two World Championship gold medals.

Usyk’s exploits included Olympic and World Championship glory, too, and after shining as winners at London 2012, both turned professional the following year under the umbrella of Lomachenko’s father and trainer, Anatoly Lomachenko.

Lomachenko currently has a professional record of 7-1. He was on the wrong end of a controversial split decision against Orlando Salido in his second bout (for a world featherweight title, incidentally). Some believe a fighter’s ‘0’ is as precious as gold, but it can seldom have been more necessary to put an eight-fight record into perspective. 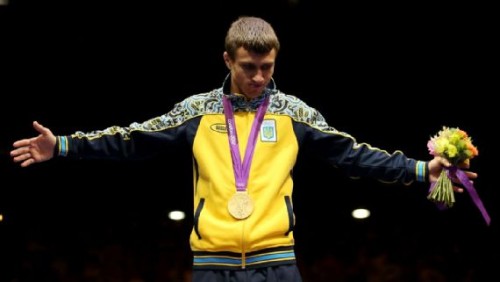 At the age of 29, Lomachenko is entering his prime. Promoter Bob Arum recently hailed him as the most talented fighter he’s ever seen. Most already rate him in the top five fighters in the world. Some have him top. It’s certainly hard to think of a more naturally gifted boxer, one with the innate skill to make it all look like child’s play.

His movement and all-round technique are phenomenal. He has a trademark move of leaping to the side of a covered-up opponent and throwing a vicious hook. He leaves no time for his foe to react to his change of position before being hammered in the face. Spectators can be forgiven for feeling pity for the victims of such gulfs in class.

Saturday night’s opponent is Jason Sosa — fast, strong and, up until being stripped for taking this fight, a world super-featherweight champion himself. It would be a unification clash were in not for the WBA’s decision to strip the American for “avoiding” his mandatory challenger. As good as Sosa is (and he was far too good for Stephen Smith last time out), the bookmakers only just about give him something resembling a prayer.

While Lomachenko looks to defend his second world title in his second division, Usyk’s professional career is three fights older. Only one of his 11 opponents has heard the final bell and that was Krzysztof Glowacki, who was comfortably outclassed and forced to hand over the WBO world cruiserweight title back in September. 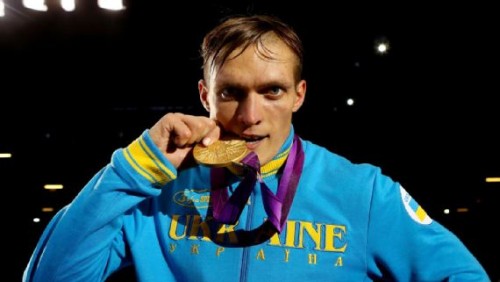 Usyk may end up receiving the recognition his talent deserves by virtue of the fact he’ll inevitably step up to heavyweight for big-money fights against the likes of Anthony Joshua. There, he could dominate in the future. In the present, he’s surely the best 200lb fighter on the planet. Much like his comrade ‘Hi Tech’ — as Lomachenko is known — he seems to be operating technically on a higher plane.

A southpaw with extraordinary speed for one so big, Usyk will be a nightmare for anyone. Michael Hunter (12-0-KO8) is his second challenger and another wide points win is the very least that’s expected. It’ll come as no surprise if Hunter is halted, obviously; Usyk’s measured approach against Glowacki could well have been a case of minimising risk.

Jorge Linares provided us with a display of boxing brilliance in Manchester a few weeks ago. Now eyes turn Stateside to see if his pound-for-pound rivals Lomachenko and Usyk can produce trump cards.

Oleksandr Gvozdyk improved to 13-0 (11 KO) with the stoppage win, which officially came at 2:55 of round three. Gonzalez drops to 18-3 (14 KO). Gvozdyk scored a pair of knockdowns in round three, and simply physically dominated the fight, which was stopped after the second knockdown, when Gonzalez’s corner alerted referee Harvey Dock to call the fight, according to BadLeftHook.

It’s another impressive win for Gvozdyk, 29, and adds to a nice streak of victories over Nadjib Mohammedi, Tommy Karpency, Isaac Chilemba, and now Gonzalez, all fighters who have competed at high levels.