Doctor ‘knocked out’ as he’s forcibly removed from overbooked plane

Shares
This video shows the moment a doctor was seemingly knocked out as he was forcibly removed from an overbooked flight. 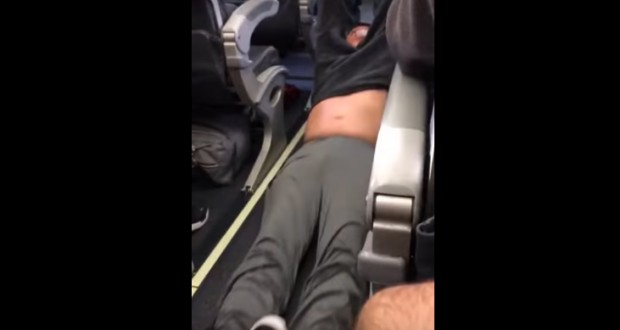 United Airlines had asked four passengers to leave at random after realising that a flight to Louisville from Chicago last night was overbooked, Joinfo.com reports with reference to Metro.

However, when no one agreed to take up their offer of $800 (£645) and a free hotel stay, the airline began to pick passengers at random.

But the passenger had refused telling staff that he was doctor and needed to see his patients in the morning.

Footage shows the passenger strike his head as he is removed.

A passenger Audra Bridges said that after initially being removed the doctor made his way back on the plane but had a bloody face and seemed disorientated, before being removed again.

She said that after a young couple had left voluntarily, the doctor had refused leading to the confrontation.

‘Everyone was shocked and appalled,’ she said. ‘There were several children on the flight as well that were very upset.’ The man was the only passenger forcibly removed from the flight, United Airlines said.

They added: ‘Flight 3411 from Chicago to Louisville was overbooked,” the spokesperson said. “After our team looked for volunteers, one customer refused to leave the aircraft voluntarily and law enforcement was asked to come to the gate.

‘We apologize for the overbook situation. Further details on the removed customer should be directed to authorities.’