Shares
G7 foreign ministers are to attempt to agree a common position on the Syrian conflict, before the US secretary of state flies to Russia to try to persuade it to abandon its Syrian ally. 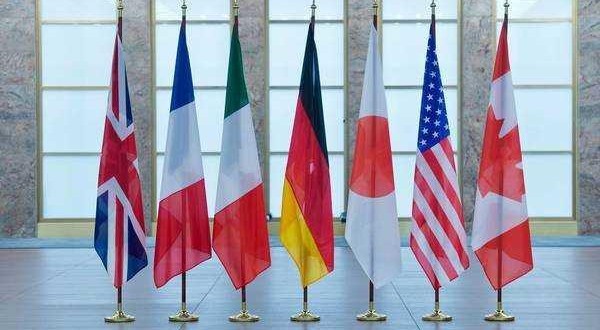 Rex Tillerson will also meet officials from allied Middle Eastern countries before heading to Moscow, Joinfo.com reports with reference to the BBC.

The UK has suggested threatening tightly-focused sanctions on Russian and Syrian military officers.

The moves follow the latest apparent use of chemical weapons in Syria.

Syria has denied it carried out a chemical attack on the rebel-held town of Khan Sheikhoun last week that left 89 people dead.

The Associated Press news agency quoted a senior US official as saying that the Russians knew of the chemical attack because a drone had been flying over a hospital in Khan Sheikhoun as victims sought help. Hours later a jet bombed the hospital in what the US believed was an attempt to cover up the attack, the agency said.

In response, the US says it destroyed a fifth of Syria’s operational aircraft in an air strike on the Shayrat airbase last Thursday and said further strikes could take place.

President Trump and UK Prime Minister May said during a phone call that it was no longer in Russia’s strategic interest to support President Assad.

However Washington’s Syria policy remains unclear to many, with Mr Tillerson saying that there had been “no change to our military posture” in Syria following the US airbase strike and that Washington’s “first priority” was to defeat so-called Islamic State (IS).

These would be the first sanctions against Russian figures over Syria if they were to be adopted.

The BBC’s James Robbins in the Italian town of Lucca, where the G7 ministers are meeting, says British officials recognise that more general sanctions on Russia would probably be resisted by some G7 countries, including Germany and Italy.

Russia is already subject to a raft of sanctions imposed by the US and EU in response to the annexation of Crimea and the crisis in eastern Ukraine.

Russia says the US has failed to provide evidence that Syria has chemical weapons.

Russia and Iran, President Assad’s key military backers, are also threatening retaliation if there are any further American air strikes.