Shares
Explosions erupted near a Borussia Dortmund team bus as the German squad was en route to its home match against AS Monaco in the first leg of the UEFA Champions League quarterfinals Tuesday, local police said in a tweet. 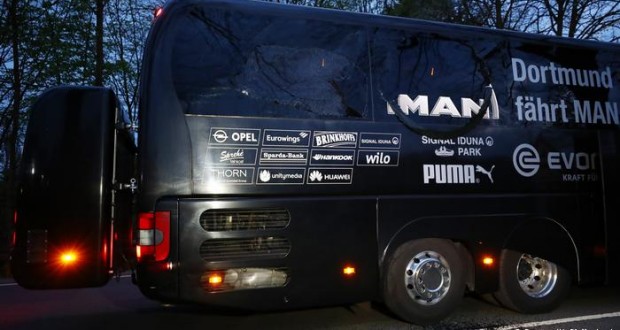 Twenty-six-year-old Spanish defender Marc Bartra was injured, the team said in a tweet. He was rushed to the hospital, Joinfo.com reports with reference to CNN.

Bartra has played 17 games in all competitions for Dortmund this season. 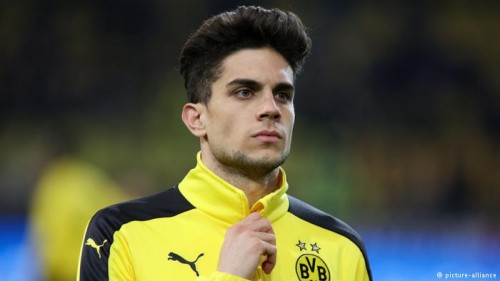 Video from the scene showed police escorting American midfielder Christian Pulisic away from the bus, apparently unharmed. Other images showed head coach Thomas Tuchel and members of the team in training gear, accompanied by police with long guns, standing on the side of the road. Some of the players looked stunned.

The team had left its hotel about 7 p.m. local time (1 p.m. ET) for the match, a Dortmund police spokesman said.

Between 40 and 50 people, including the trainer and medical support staff, were on the bus when three explosions were heard, the spokesman said. The cause was unknown. The initial report was of one blast, but police later said there were three.

The location of the blast was roughly 13 kilometers from Westfalenstadion, aka Signal Iduna Park.

No one inside the stadium was in danger, police said. Security was heavy after the explosions.

The blasts broke windows on the bus.

“Due to tonight’s incident, the UEFA Champions League match between Borussia Dortmund and AS Monaco has been postponed until Wednesday at 18:45CET,” UEFA, European soccer’s governing body, said in a statement. “This decision was made after a meeting held at the BVB Stadion Dortmund between UEFA, representatives of the two clubs and local authorities.”