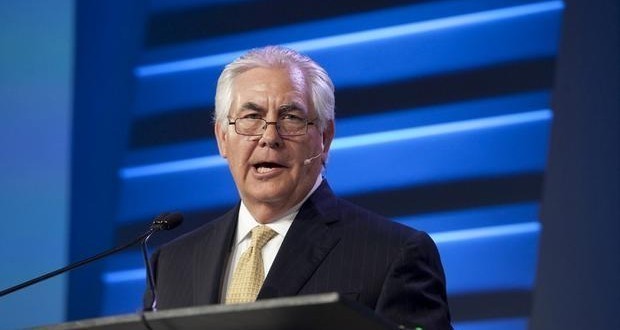 The visit of US Secretary of State Rex Tillerson to Russia comes amid tensions over last week’s suspected chemical attack in Syria and US strikes on a Syrian base, Joinfo.com reports with reference to the BBC.

Russia has condemned the American strikes and stands by Syrian President Bashar al-Assad, its long-time ally.

President Donald Trump has said the US has no further plans there and is “not going into” that country’s civil war.

On Tuesday his defence secretary made clear the priority remained the defeat of the Islamic State jihadist group. “Our military policy in Syria has not changed,” Jim Mattis said.

Last week’s air strike has led to confusion over US policy in Syria, with some officials suggesting a more aggressive stance against President Assad.

As they were preparing to meet on Wednesday, Mr Lavrov told Mr Tillerson that Russia had “a lot of questions regarding very ambiguous and contradictory ideas (…) coming from Washington”.

Mr Tillerson said he looked forward to a “candid” exchange so that the two countries could better define and narrow their differences.

Mr Tillerson has warned that Russia risks becoming irrelevant in the Middle East because of its support for Mr Assad.

However, the BBC’s Steve Rosenberg in Moscow says President Assad is Russia’s key military ally in the Middle East and Mr Tillerson may need to rethink his belief that he can weaken Moscow’s support for him.

The White House also says Russia has been trying to deflect blame for the chemical attack that killed 89 people.

US intelligence reports say the Syrian government used chemical weapons during air strikes on the rebel-held Syrian town of Khan Sheikhoun that left 89 people dead. The Turkish health ministry on Tuesday confirmed that the nerve agent Sarin had been used.

Syria denies this and Moscow has instead blamed rebel forces, which it says were storing chemical weapons which were hit in the raids.

The UN Security Council is to vote on Wednesday on a draft resolution by the US, UK and France requiring the Syrian government to co-operate with an investigation into the chemical attack.

President Putin has also called for an independent UN investigation.

On Tuesday he said that “fake chemical attacks” were being prepared in other regions, designed to be blamed on the Syrian government.

The Russian president added that the Western response to Khan Sheikhoun reminded him of 2003, “when US envoys to the UN Security Council were demonstrating what they said were chemical weapons found in Iraq.”

Mr Tillerson had earlier attended a G7 meeting in Italy aimed at hammering out a unified approach to Syria before he headed to Moscow.

Italian Foreign Minister Angelino Alfano said ministers wanted to engage with Russia and use its leverage over Mr Assad.

But Mr Tillerson won support over the US retaliatory strike on Syria, which he said was necessary to prevent chemical weapons falling into the hands of jihadist groups.

Meanwhile in an interview with Fox Business Network to be broadcast on Wednesday, President Trump said: “We are not going into Syria”, adding that he had felt the need to act after the Syrian government violated an agreement made with the Obama administration to remove its chemical weapons.

The Syrian and Iranian foreign ministers will travel to Moscow later in the week for talks, the Russian government said.