Woman comes just inches from getting struck by a train – video

Shares
A pedestrian in New Zealand came just inches from being struck by a train because she didn't look both ways before crossing. 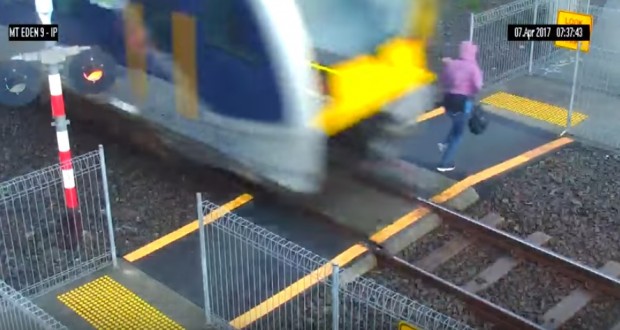 Officials for the Auckland Transport released footage of a distracted woman crossing the tracks at the Mount Eden station on Friday in an attempt to raise awareness for rail safety, Joinfo.com reports with reference to Mashable.

In the clip, several people can be seen crossing the tracks as the warning lights flash in the corner. Eventually, a woman in a purple sweatshirt starts to stroll across the tracks. She can be seen looking to her right before she crossed, but not to her left.

Thankfully, the woman does notice the train just before it strikes her, and she speeds up to avoid getting hit and escapes without injury.

According to the New Zealand Herald, the station also had warning bells in addition to lights.