Obama expected at Protestant event in Berlin next month

Shares
Former U.S. President Barack Obama will take part in a discussion event with Chancellor Angela Merkel at a Protestant conference in Berlin next month as Germany marks the 500th anniversary of the Reformation, organizers said Tuesday. 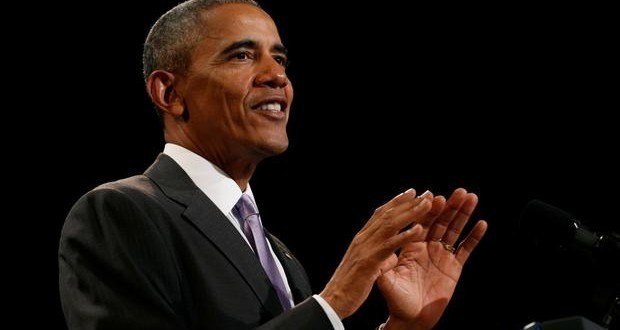 The May 25 event will take place in front of Berlin’s landmark Brandenburg Gate, where Obama delivered a speech as president in 2013, Germany’s Lutheran church and organizers of the German Protestant Kirchentag conference said, according to ABC News.

The discussion is being organized jointly by the conference, which is held every two years, and the Obama Foundation.

Obama spokesman Eric Schultz confirmed the former president’s plans to join Merkel for “a moderated conversation on the importance of democracy and taking on responsibility locally and globally.”

Heinrich Bedford-Strohm, Germany’s top Lutheran bishop, said Obama’s participation “underlines how internationally we are celebrating 500 years of the Reformation.” Bedford-Strohm invited Obama last May to visit Germany for the anniversary.

Obama was in Berlin in mid-November on his last European trip as president.

Schultz said that “additional details” about Obama’s upcoming visit to Europe will be relayed in the coming weeks.

Also Tuesday, German market research group Media Control said Obama has been awarded its German Media Prize for 2016 for embodying a “vision of a world in which there is hope and change for the better is possible.”

It said Obama will receive the prize in Baden-Baden in southwestern Germany following his Berlin appearance on May 25, news agency dpa reported. Previous winners include Merkel and, in 1999, President Bill Clinton.

Obama’s successor, Donald Trump, is expected to visit Germany for the first time as president when Merkel hosts the Group of 20 summit in Hamburg in July.