Eight mummies and a trove unearthed in ancient tomb in Egypt

Shares
Archaeologists exploring a mysterious tomb in Egypt were in for a surprise when they discovered more than 1,000 statues and eight mummies. 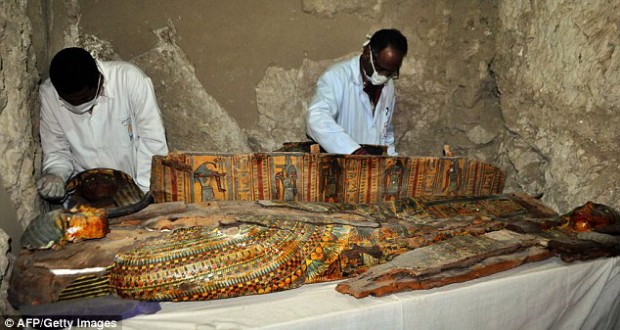 The incredible haul was found in an ancient noble’s tomb on the west bank of the Nile River in Luxor, Joinfo.com reports with reference to MailOnline.

Little is known about who the mummies belong to, but the team says it expects to find even more statues as the dig continues.

‘There are 10 coffins and eight mummies. The excavation is ongoing,’ said Mostafa Waziri, the head of the archaeological mission.

The 18th Dynasty tomb, discovered in the Draa Abul Nagaa necropolis near the famed Valley of the Kings, belonged to a nobleman named Userhat who worked as the city judge, the ministry said in a statement. 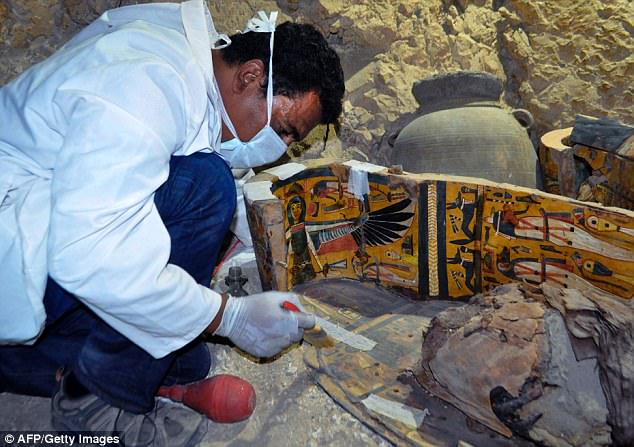 It was opened to add more mummies during the 21st Dynasty, about 3,000 years ago, to protect them during a period when tomb-robbing was common, said Waziri, the head of the archaeological mission, at the site.

‘It was a surprise how much was being displayed inside’ the tomb, Antiquities Minister Khaled el-Enany told reporters outside the tomb.

‘We found a large number of Ushabti (small carved figurines), more than 1,000 of them,’ Mr Enany said.

‘This is an important discovery,’ he added.

Ushabti figurines were often placed with the deceased in ancient Egyptian tombs to help with responsibilities in the afterlife.

Inside the tomb, archaeologists wearing white masks and latex gloves inspected the sarcophagi, which were covered with intricate drawings in red, blue, black, green, and yellow, and featured the carved faces of the dead.

The coffins were mainly well-preserved, though some had deteriorated and broken over the years.

Archaeologists were also examining a mummy wrapped in linen which was inside one of the coffins.

White, orange, green, and patterned pots were also found in the tombs.

‘It is a T-shaped tomb (which) consists of an open court leading into a rectangular hall, a corridor and an inner chamber,’ the ministry said in a statement.

A nine-metre shaft inside the tomb held the Ushabti figurines, as well as ‘wooden masks and a handle of a sarcophagus lid,’ the ministry said.

Another room in the tomb was also discovered, though it has not yet been completely excavated, it said.

Nevine el-Aref, the spokeswoman for the antiquities ministry, said ‘there is evidence and traces that new mummies could be discovered in the future.’