Shares
Canada’s major banks and financial-service companies in the Greater Toronto Area are lining up behind an initiative to ensure that every postsecondary student has a work-integrated learning experience before they graduate, hoping the strategy will create a pipeline of work-ready employees. 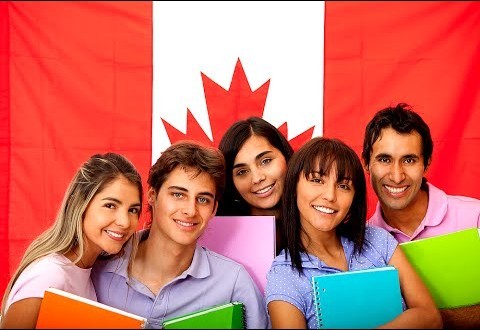 Within three years, the Toronto Financial Services Alliance (TFSA) – a public-private group aimed at promoting Toronto’s long-term competitiveness – is promising to create 10,000 new work-integrated learning experiences for students, according to The Globe And Mail.

The initiative, dubbed Aspire and announced Wednesday, is the first concrete step in an ambitious national plan conceived last year by the Business/Higher Education Roundtable, a group made up of the CEOs of some of Canada’s largest companies and the presidents of colleges and universities.

For students, a co-op or internship can address some of the gap between education and experience that is leading an increasing number of postsecondary graduates to struggle with underemployment. For employers, training students is essential to finding people with the right mix of skills to fill future positions. In fact, employers in the financial sector are jump-starting the initiative while universities and colleges develop the mechanisms necessary to incorporate these experiences into their curriculum.

The TFSA has designed an online portal where students from any postsecondary institution will be able to see the jobs available through the program and apply directly. (Other companies involved include BMO, Royal Bank, Scotiabank, TD Bank, as well as TMX Group and Sun Life Financial.)

“We wanted to start impacting our talent pipeline right now,” said Sashya D’Souza, vice-president at the Centre of Excellence in Financial Services Education at the TFSA. “Ultimately we want to impact curriculum, but that’s a long-term goal.”

Schools that worked on developing the program are now considering how to extend the learning students will do on the job in the classroom, said Karen Murkar, the chair of the school of accounting and financial services at Seneca College, who was involved in the design of Aspire.

For example, students could complete their graduating capstone project in a workplace, she said.

“I will be working with our engineering and computer-science departments looking at opportunities in the fintech area,” Ms. Murkar said.

“We are moving into the next generation of work-integrated learning, where learning becomes essential to the work experience,” said Susan McCahan, the vice-provost, innovations in undergraduate education at the University of Toronto. “I would like us to build on that in the classroom … [and] create that more seamless experience.”

The aim of both educators and employers involved in Aspire is to try to make sure that every student graduates ready for an era of accelerating technological disruption, said David McKay, CEO of the Royal Bank.

Separate from the sectorwide initiative, RBC is investing $500-million globally over the next 10 years to raise the skills and career opportunities of youth, including mentorship, networking and training.

“It’s the great democratizer of people who don’t have connections into companies through their parents, or through friends of their parents,” Mr. McKay said.

For example, RBC is working with the Children’s Aid Foundation to match former foster children with mentors and continuing education resources.

The next stage of the Aspire program will see the mining, construction and aerospace industries launch similar strategies. A program evaluator is tracking the outcomes in Aspire, information that will be used to scale up.

Mr. Jenkins said he would personally like to see education move closer to the German model, where the relationship between educators and employers starts in high school. But talking to university and college leaders at the roundtable, he has also learned that maintaining some separation can be useful, he said. The German model, for example, streams students when they are still in their early teens, making it difficult to change direction.

“The point of the [roundtable] is to gain an understanding of what the complexities and pressures are on each other,” he said. “It’s really good for universities and colleges to realize that, with the increasing pace of innovation, employers are not hiring someone to be in a role for 30 years.”