Shares
Scientists are excited about a newly discovered planet, which ‘offers the best chance of finding alien life’. 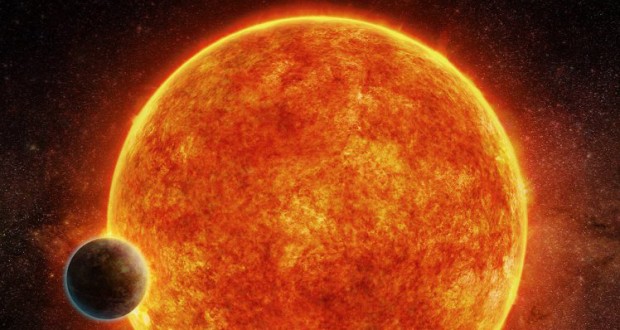 The planet is 39 light years away in the constellation of Cetus (often called ‘the whale’ or ‘the seamonster’), Joinfo.com reports with reference to Metro.

It is 1.4 times the size of earth, but its mass is seven times greater, implying it is a dense world made of rock with an iron core – like our own planet, rather than a gas planet like Saturn.

Also like our own planet, it’s thought to be at least five billion years old, allowing for the possibility of life to evolve. 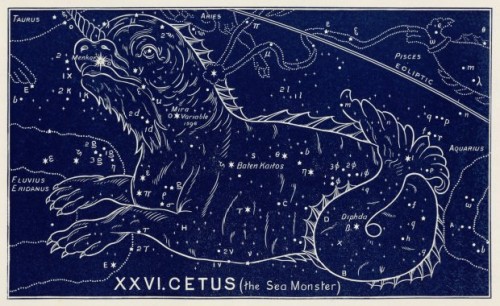 The constellation of Cetus (the Sea Monster), 1895.

Temperatures there are mild enough for surface water to exist, which – along with an atmosphere – is necessary for life as we know it.

‘We could hardly hope for a better target to perform one of the biggest quests in science – searching for evidence of life beyond Earth,’ Harvard astrophysicist Dr Jason Dittman said of the findings, reported in the journal Nature.

‘This is the most exciting exoplanet I’ve seen in the past decade.’

He described it as ‘a temperate rocky super-Earth transiting a nearby cool star.’

It is in orbit around a faint dwarf star called LHS 1140, and is in the middle of the ‘Goldilocks zone’ – not so close (and hot) that nothing can survive, and not so far away that it’s a frozen wasteland.

There’s only a small area where temperatures are mild enough for water, and this planet is in the right place.

Its star also emits less radiation than many other red dwarfs, making the planet more likely to have preserved an atmosphere.

The discovery of the super-Earth was made in Chile, using a powerful telescope which detected tell-tale dips in light as the planet passed in front of its star.

Follow-up observations of the super-Earth studied the star’s ‘wobble’ caused by a gravitational tug of war with the planet and confirmed the presence of a super-Earth.

Astronomers detected signs of a watery atmosphere around the super-Earth GJ 1132b.