Shares
One policeman has been shot dead and a second wounded in central Paris, French police say, with reports that a gunman was later killed. 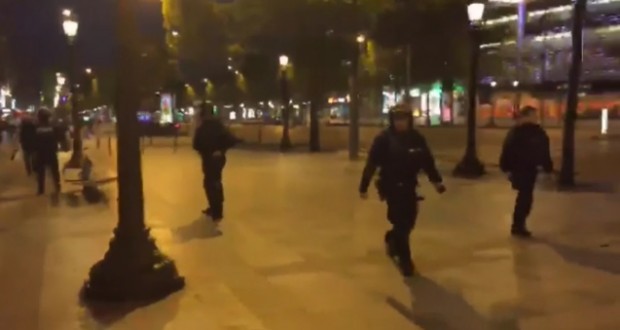 The Champs Elysees in Paris, where the shooting occurred, was sealed off. Reports suggest a single gunman fired on a police patrol, Joinfo.com reports with reference to the BBC.

It happened as candidates made their last pitches in a TV appearance before Sunday’s presidential election.

An anti-terrorist investigation has been launched.

“On the face of it, the officers were deliberately targeted,” interior ministry spokesman Pierre-Henry Brandet told France’s BFMTV news channel.

Islamist militancy is a major issue in the polls after recent mass attacks claimed by so-called Islamic State.

Because of its worldwide renown and its large number of visitors, the Champs Elysees has long been seen as a potential target, the BBC’s Hugh Schofield reports from the French capital.

A single gunman armed with an automatic weapon opened fire on a foot patrol before being killed in turn, according to Le Parisien newspaper, citing its own sources.

The whole of the Champs Elysees has been evacuated and police vehicles are lined up near a point half way up the avenue around the George V metro station, our correspondent says.

Shots were heard around 21:00 (19:00 GMT) in or near the Marks & Spencer store, provoking a panicked rush away from the scene by tourists and passers-by.