NASA Image Shows Earth Between the Rings of Saturn

Shares
A new image from NASA's Cassini spacecraft shows planet Earth as a point of light between the icy rings of Saturn. 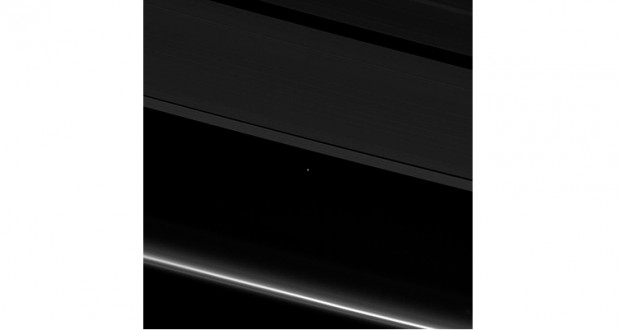 Cassini captured the view on April 12, 2017, at 10:41 p.m. PDT (1:41 a.m. EDT on April 13). According to NASA, the spacecraft was 870 million miles (1.4 billion kilometers) away from Earth when the image was taken. Although far too small to be visible in the image, the part of Earth facing Cassini at the time was the southern Atlantic Ocean. 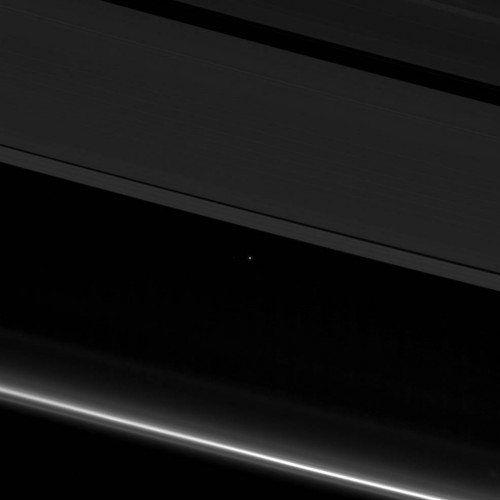 Earth’s moon is also visible nearby in a cropped, zoomed-in version of the image. 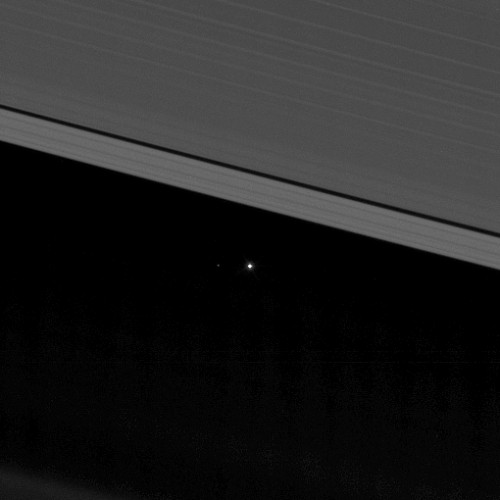