Shares
Eating a diet with a higher amount of plant protein may reduce the risk of developing type 2 diabetes, according to researchers from the University of Eastern Finland. 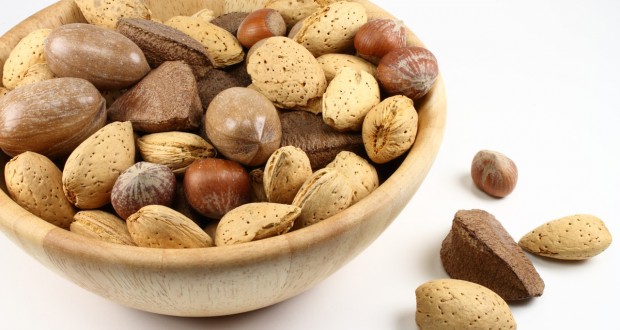 While plant protein may provide a protective role, meat protein was shown to increase the risk of type 2 diabetes, Joinfo.com reports with reference to Medical News Today.

More than 29 million people in the Unites States are affected by diabetes, with type 2 diabetes accounting for between 90 and 95 percent of all cases. An essential part of managing diabetes is partaking in regular physical activity, taking medications to lower blood glucose levels, and following a healthful eating plan.

According to the US National Institute of Diabetes and Digestive and Kidney Diseases, healthy eating consists of consuming a variety of products from all food groups, with nonstarchy vegetables taking up half of the plate, grains or another starch on one fourth of the plate, and meat or other protein comprising the final fourth.

It is recommended that fatty or processed meat should be avoided and that lean meat, such as skinless chicken, should be opted for as an alternative.

Meat consumption has frequently been explored as a variable associated with diabetes, and previous research has found a link between a high overall intake of protein and animal protein, and a greater risk of type 2 diabetes. Eating plenty of processed red meat, in particular, has been connected with the condition.

The new research – published in the British Journal of Nutrition – adds to the growing body of evidence suggesting that the source of dietary protein may be important in altering the risk of developing type 2 diabetes.

The researchers set out to investigate the links between different dietary protein sources and type 2 diabetes risk. They used data from the Kuopio Ischaemic Heart Disease Risk Factor Study (KIHD), which was carried out at the University of Eastern Finland.

When the KIHD study began in the years between 1984 and 1989, the diets of 2,332 men aged 42 to 60 years old were assessed. None of the individuals had type 2 diabetes at the onset of the study. Over the course of the 19-year follow-up, 432 men were diagnosed with type 2 diabetes.

Jyrki Virtanen, a certified clinical nutritionist and an adjunct professor of nutritional epidemiology at the University of Eastern Finland, and colleagues discovered that a diet high in meat was associated with an increased risk of type 2 diabetes. The association was seen across all types of meat in general, including processed and unprocessed red meat, white meat, and variety meats.

The researchers say that the association may be a result of other compounds found in meat other than protein, since meat protein alone was not connected with the risk of type 2 diabetes.

Men who included a higher intake of plant protein in their diets also had healthier lifestyle habits. However, their lifestyle habits were not shown to fully explain their reduced risk of diabetes.

Male study participants who had the highest intake of plant protein were 35 percent less likely to develop type 2 diabetes than men with the lowest plant protein intake. Furthermore, using a computer model, Virtanen and team estimate that replacing around 5 grams of animal protein with plant protein per day would diminish diabetes risk by 18 percent.

The primary sources of plant protein in this study were grain products, with additional sources including potatoes and other such vegetables.

A diet preferring plant protein to meat protein may help protect against type 2 diabetes. The authors conclude that:

“Replacing 1 percent of energy from animal protein with energy from plant protein was associated with [an] 18 percent decreased risk of type 2 diabetes. This association remained after adjusting for BMI. In conclusion, favoring plant and egg proteins appeared to be beneficial in preventing type 2 diabetes.”