Shares
Three Islamic State militants setting up an ambush in a bitterly contested area of northern Iraq were killed by a herd of stampeding boars, local leaders say. 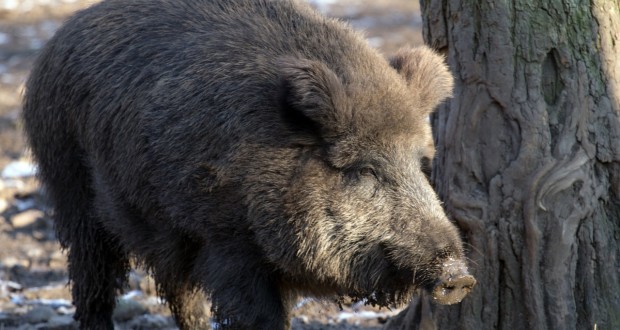 Sheikh Anwar al-Assi, a chief of the local Ubaid tribe and supervisor of anti-ISIS forces, told The Times of London the militants were hiding on the edge of a field about 50 miles southwest of Kirkuk when the boars overwhelmed them Sunday, according to USA Today.

Five other militants were injured, al-Assi said. He said the group was poised to attack a band of local tribesmen who had fled to nearby mountains since militants seized the town of Hawija three years ago.

“It is likely their movement disturbed a herd of wild pigs, which inhabit the area as well as the nearby cornfields,” he said.

Al-Assi said the militants had summarily executed 25 people attempting to flee the militant’s would-be caliphate in the three days before the boars attacked. Hawija, about 100 miles south of Mosul, sees dozens of residents flee to Kurdish Kirkuk daily, and the Iraqi military has planned to launch an offensive in the region after a laborious effort to liberate Mosul is completed.

“We know that a massacre took place in Hawija district through our sources,” al-Assi told the Times. “This will not be ISIS’s last massacre against citizens.”

Hawija is strategically located east of the road from Mosul to Baghdad, on the edge of the oil-rich region of Kirkuk. U.S.-backed troops launched the effort to drive the militants out of Mosul in October. Eastern Mosul was liberated in January, and the Iraqi military claimed Tuesday it had taken control of the al-Tanek neighborhood, the largest on the western side of the city.

“The suffering of the people of Hawija and its surrounding areas is intolerable,” he told The Times.