Home / World / Why ‘breathing better’ is the cure for hypertension

Why ‘breathing better’ is the cure for hypertension 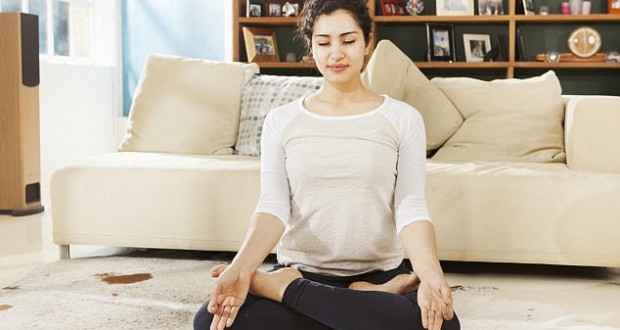 Learning how to regulate your breathing could be the cure for hypertension if it’s caught early enough, a new study claims, according to MailOnline.

Hypertension, or abnormally high blood pressure, has been labeled a risk factor for cardiovascular disease, diabetes and stroke.

High blood pressure runs rampant in the US, with one in every three adults showing elevated levels.

Because of this, researchers say it is vital that effort is placed into identifying people at risk early before it’s too late.

Breathing and blood pressure are functionally linked through the sympathetic nervous system, which sends signals to the heart and blood vessels.

Researchers at the University of Melbourne and Macquarie University, in Australia, discovered that when neural activity was interrupted in young adults, they could control blood pressure.

The altered neural activity leads to increased fluctuations in blood pressure with every breath taken.

‘By interrupting the activity between these two groups of neurons during adolescence, we were able to dramatically reduce development of high blood pressure in adulthood,’ said lead researcher Professor Andrew Allen of the University of Melbourne.

Professor Allen added that the research paralleled what professional athletes and eastern philosophies have long understood about the link between breathing and heart rate.

‘Biathletes have to regulate their breathing to slow down their heart rate before rifle shooting, and eastern meditative practices such as yoga and pranayama have always emphasized the interaction between the two,’ he said.

Lauren Hanna, founder and director of Sonic Yoga in New York, says that learning to slow down breathing awakens the sympathetic nervous system and releases positive hormones throughout the body.

‘Your blood pressure goes down, it increases cardiovascular capacity, and essentially you’re extending your life,’ she said.

Research has shown that breathing deeply and slowly encourages the body to intake its full oxygen quota.

‘Our body runs on oxygen, oxygen is its fuel,’ Hanna explained.

‘So when we get more oxygen, it gives our body energy, purifies our organs, we think better and function better.’

Deep breathing can also send oxygen into the blood vessels which improves blood flow, decreasing peripheral resistance (resistance of the arteries to blood flow) as well as regulating heart rate – both of which reduce blood pressure.

The researchers say, however, that any intervention should be done early while the nervous system is still plastic, which is during adolescence.

In adulthood, the interaction between these neural circuits becomes fixed and any reductions in blood pressure from breathing adjustments appear to be temporary.

They add that this emphasizes the need to identify people at risk of developing high blood pressure early – especially because many don’t show any symptoms before a diagnosis.

‘By understanding what predictors of hypertension are easy to assess, we might be better placed to offer early treatment to pre-hypertensive patients,’ Professor Allen said.