Shares
The UK police say they have foiled an active terror plot after a woman was shot during a raid on a house in Willesden, north-west London. 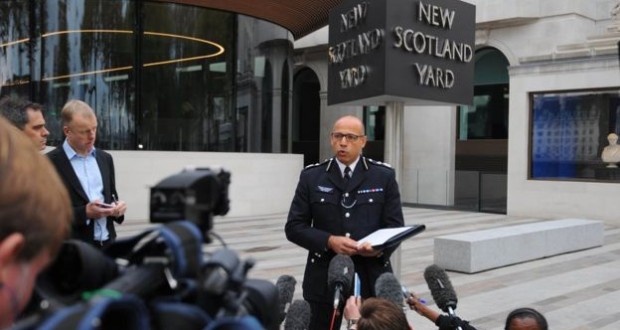 The woman, in her 20s, was one of the subjects of the investigation and is in a serious but stable condition, according to the BBC.

A raid also took place in Kent, with six people arrested in total.

Officers say the operation was not connected to an arrest near Parliament on Thursday, when a man was detained on suspicion of terror offences.

Police said the house in Harlesden Road, Willesden, had been under observation.

At about 19:00 BST on Thursday, firearm officers entered the property. CS gas was sprayed and a woman was shot.

Two further arrests were made in Willesden after a man and woman, both aged 28, returned to the property.

Deputy assistant commissioner of the Metropolitan Police Neil Basu said: “Due to these arrests that have been made yesterday, in both cases I believe that we have contained the threats that they pose.”

When asked by reporters whether police had foiled an active terror plot, Mr Basu replied: “Yes.”

He added: “There are constant acts of immense bravery by officers, armed and unarmed – those that the public see, where our officers run towards danger just as you saw yesterday, but a huge amount of unseen work that the public will never see behind the scenes.”

The Met said the suspects were arrested on suspicion of the commission, preparation and instigation of terrorist acts.

They are in custody at a south London police station.

Alex Paton, 50, who lives in Harlesden Road said he saw a woman “getting all cuffed up and put in a white suit”.

He described seeing “coppers and masked men with guns and there was a guy running down the road with a gas mask and a machine gun”.

Another person who lives in the area said she heard “bang, bang, bang” before she went out to go shopping.

She described the people who lived at the raided house as a “standard Muslim couple”.

Another neighbour said the woman had injuries to her left arm and the left side of her stomach.

He said the family who lived at the house were from Somalia.

Ruth Haile, who lives in the road, said she heard shots and the woman on the ground shouting “Don’t touch me, my body, don’t touch my dress”.

A police spokesman said the woman who was shot was taken to hospital by ambulance.

“Due to her condition, she has not been arrested at this time and remains under police guard at hospital,” he said.

It is believed to be the first time a woman has been shot by police in 10 years. The last time was in 2007 when Ann Sanderson was fatally shot in Kent.

Police said searches took place at “linked addresses”, as well as where the arrests took place.

The incident has been referred to the Independent Police Complaints Commission and the Met’s Directorate of Professional Standards, as is procedure.

The IPCC said it was gathering evidence but that no officers were under investigation.

A video taken at the moment of shooting has been posted on social media. It shows armed police surrounding a terraced house as five shots rang out.

On Thursday, police arrested a 27-year-old man at the junction of Parliament Street and Parliament Square as part of an intelligence-led operation.

The Met said he was detained on suspicion of terrorism offences and that knives were recovered from the scene.

He had been on the force’s radar for some time. Police acted after specific concerns were raised by the community.