Shares
North Korea has accused the US and South Korea of attempting to assassinate leader Kim Jong Un with a "bio-chemical substance." 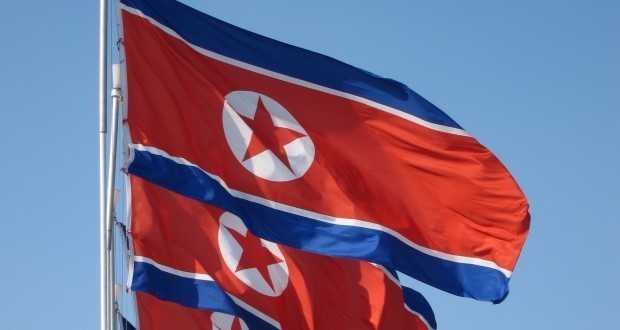 In an extraordinary 1,800-word report Friday, which offered no evidence other than account laced with fantastical language, North Korean state news agency KCNA said a “hideous terrorist group” conspired with the CIA and South Korea’s Intelligence Service (IS) to mount the attack, according to CNN.

Its aim, the report said was to “commit bomb terrorism targeting the supreme leadership” during major events including a recent military parade.

The report claimed a North Korean citizen was involved in the plot, using “biochemical substances including radioactive substance and nano poisonous substance” to target Kim.

North Korea has a history of making unfounded and irrational claims, and CNN was not able to independently corroborate the report. South Korea’s intelligence service did not respond to a request for comment.

Notwithstanding the truth of the allegations, they came at a time of high tension in the region.

The KCNA report claimed the plot was “recently uncovered and smashed,” and accused members of the CIA and IS of working with a North Korean citizen to provide money and weapons to carry out “state-sponsored terrorism.”

KCNA laid out the alleged plot in great detail, saying it was hatched in 2014 when the South Korean and US intelligence agencies recruited a North Korean working in the timber industry in eastern Russia. Further contacts were made over subsequent years, and the assassination attempt was to have taken place at a military parade, KCNA said.

North Korea held a large military parade in Pyongyang on April 15, but KCNA reported contacts between Kim and the South Korean agents as late as April 20.

The KCNA report did not say when the assassination plot was stopped.

For its part, South Korea has admitted to having plans in place to kill Kim.

Last year, lawmakers said Seoul “has a general idea and plan to use precision missile capabilities to target the enemy’s facilities in major areas as well as eliminating the enemy’s leadership.”

South Korea has accused Pyongyang of assassination plots, too, most recently in February following the murder of Kim Jong Nam, allegedly at the hands of North Korean agents.

The half-brother of Kim Jong Un was poisoned with the VX nerve agent while in Kuala Lumpur airport and died en route to a hospital.

North Korea has repeatedly denied any involvement in Kim’s death.