Shares
A state of emergency has been declared in the Canadian city of Montreal due to flooding caused by torrential rains and melting snow. 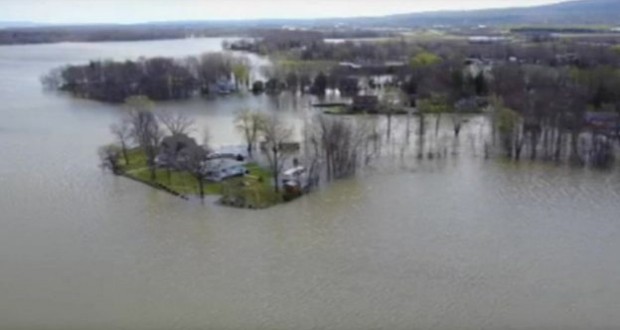 A state of emergency has been declared in the Canadian city of Montreal on Sunday afternoon and will remain in place for 48 hours, city officials said, according to the BBC.

Across the province of Quebec, in Canada’s east, nearly 1,900 homes have already been flooded across 126 towns and cities, authorities say.

Some 1,200 troops have reportedly been deployed to help evacuate people.

“Our troops are responding quickly and professionally and are already beginning to deliver critical support to Canadians affected by the flooding,” Defence Minister Harjit Sajjan said.

The emergency was declared in Montreal after three dikes gave way in the city’s north.

The town of Rigaud, west of Montreal, has been particularly hard hit and a state of emergency has also been declared there.

The mayor has ordered mandatory evacuations in flood zones.

“People had to be evacuated, and we put them in boats and they are crying like babies,” said Mayor Hans Gruenwald Jr.

“I am sorry, they are at a point where now they are not in a position to decide anymore their own future.”

The flooding is not limited to Quebec, and unusually high rainfall has also caused flooding in the province of Ontario.

Lake Ontario has reached a water level not seen since 1993 in southern Ontario, the Canadian Press news agency says.

Warmer temperatures has also caused snow to melt in British Columbia in Canada’s west, combining with the rain to cause flooding and mudslides.