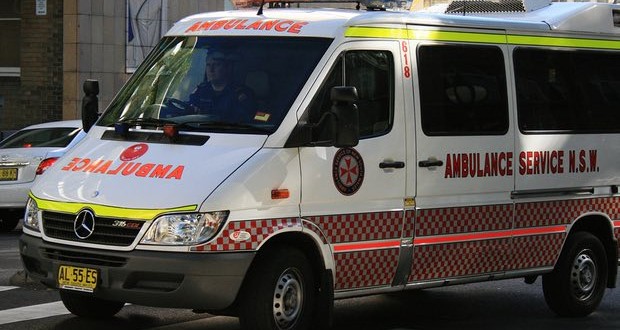 A paramedic in rural Australia is recovering after having diagnosed his own heart attack and driven himself to hospital, according to The Guardian.

David Watson, 52, was warming up for a workout in the small town of Casterton, western Victoria, when he felt the “sudden onset of crushing chest pain and tingles down both arms” – symptoms of a heart attack.

Speaking on 3AW’s breakfast program on Tuesday, Watson said he checked himself on the electrocardiography (ECG) machine.

“I grabbed the heart monitor from the ambulance, put myself on it and thought: ‘Uh oh, that’s not right’.”

He drove himself in his ambulance about 100m around the corner to the local Casterton hospital, where he was given drugs to clear the clot.

He was later flown to Geelong hospital and was immediately operated on to have a stent put in his artery.

Watson said a doctor had told him that he had come close to death in the country ambulance station.

“He said: ‘It’s amazing you’re alive’ because the clot was in one of my large coronary arteries,” Watson said. “The heart attack I’ve had is a massive heart attack.”

The Torquay man did not expect to return to work for two months as he recovered.