Shares
Taking common painkillers such as ibuprofen could increase the risk of a heart attack, new research has found. 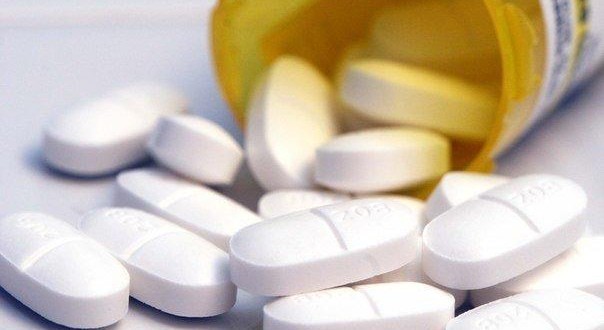 Experts say there is a link between regularly taking non-steroidal anti-inflammatory drugs (NSAIDs), which are used to treat pain and inflammation, and an increased risk of heart attacks, according to BusinessInsider.

Doctors should consider the “risks and benefits” before dishing out the commonly prescribed drugs, particularly at higher doses, the authors warned.

Researchers from Canada, Finland and Germany conducted an analysis of previous studies, which held data on almost 450,000 people — 61,460 of whom had suffered a heart attack.

They found that taking any dose of NSAIDs, which include ibuprofen and naproxen, for one week, one month, or more than a month was associated with an increased risk of myocardial infarction (heart attack), according to the study published in The BMJ.

They said there was a “rapid onset of risk” for heart attack within the first week of use, while risk was highest during the first month of taking the painkillers.

Using the drugs for longer than one month did not increase risk more than with shorter use, the researchers found.

Risk was higher among users on high doses of the painkillers.

Overall, the increased risk of suffering a heart attack was between 24 per cent and 58 per cent if taking celecoxib, ibuprofen, diclofenac, naproxen and rofecoxib, compared with not using these medications.

While the authors stressed that conclusions should not be drawn about cause and effect, they wrote: “Compared with non-use of NSAIDs in the preceding year, we documented that current use of all studied NSAIDs, including naproxen, was associated with an increased risk of acute myocardial infarction.

“Given that the onset of risk of acute myocardial infarction occurred in the first week and appeared greatest in the first month of treatment with higher doses, prescribers should consider weighing the risks and benefits of NSAIDs before instituting treatment, particularly for higher doses.”

Dr Mike Knapton, associate medical director at the British Heart Foundation, said: “This large-scale study worryingly highlights just how quickly you become at risk of having a heart attack after starting NSAIDs.

“Whether you are being prescribed painkillers like ibuprofen, or buying them over the counter, people must be made aware of the risk and alternative medication should be considered where appropriate.”

“People taking over-the-counter NSAIDs should not be concerned by this research if they are taking the medicine occasionally for short periods and according to the on-pack instructions.”