Shares
China hopes to put people on the moon, so two groups of four volunteers a research university in Beijing are preparing for the mission 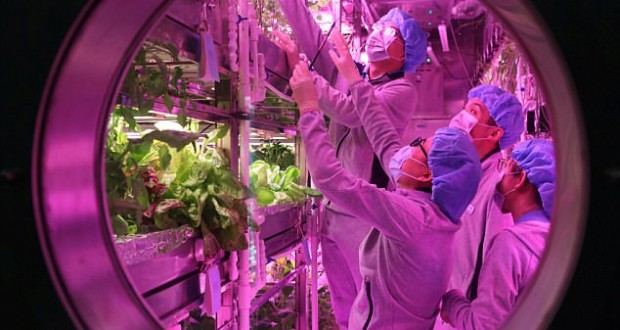 China plans to establish a village on the moon with Europe’s help by 2036. Now, in a step towards that goal, the nation has created a ‘Lunar Palace’ on Earth to simulate living in isolated conditions on the moon, according to MailOnline. 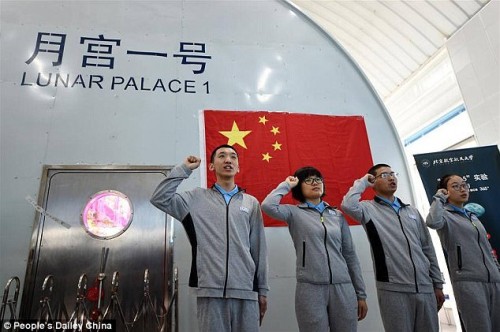 Two men and two women will test how a life-support system works in a moon-like environment.

They will stay for an initial 60 days, when they will then be relieved by another group of four who will stay 200 days, before returning for an additional 105.

The secretary general for China’s space agency, Tian Yulong, disclosed talks between the agency and the ESA back in April.

And the technology being explored in the latest experiment could prove vital to the success of such a mission.

The Lunar Palace is the world’s third bioregenerative life-support base, and the first developed in China.

Human waste will be treated with a bio-fermentation process, and experimental crops and vegetables grown with the help of food and waste byproducts.

‘I will be in charge of the treatment of solid waste, urine, shredding straw, threshing wheat, processing food and other work,’ one of the student volunteers told CCTV. 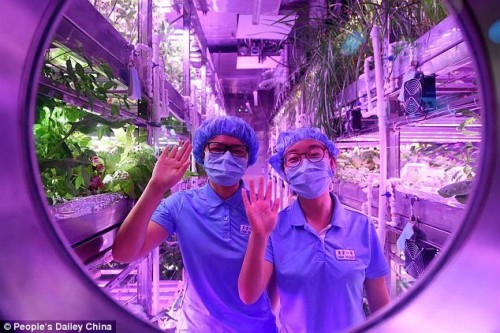 It contains four bed cubicles, a common room, a bathroom, a waste-treatment room and a room for raising animals.

It is the only such facility to involve animals and microorganisms as well as plants and humans, its chief designer Liu Hong told CCTV, calling it ‘the first of its kind.’

A similar 105-day trial was carried out successfully in 2014.

The system, called the Bioregenerative Life Support System (BLSS), allows water and food to be recycled and is key to any Chinese probes to the moon or beyond. 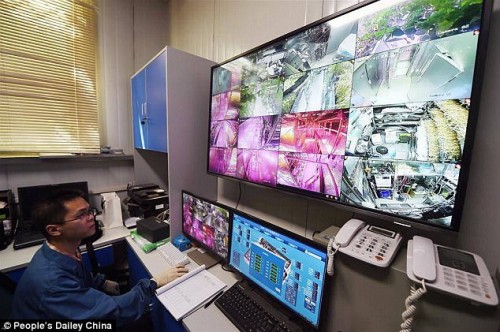 ‘The latest test is vital to the future of China’s moon and Mars missions and must be relied upon to guarantee the safety and health of our astronauts,’ Liu Zhiheng of the Chinese Academy of Sciences told news agency Xinhua.

Chinese President Xi Jinping has called for China to become a global power in space exploration, with plans to send a probe to the dark side of the moon by 2018, the first ever such trip, and to put astronauts on the moon within the next two decades.

‘While it remains unclear exactly how long China’s first lunar explorers will spend on the surface, the country is already planning for longer stays,’ news agency said.

The country’s first cargo space craft docked with an orbiting space lab in April, a major step as Beijing looks to establish a permanently manned space station by 2022.

Despite the advances in China’s space programme for military, commercial and scientific purposes, China still lags behind the United States and Russia.

Last month, it emerged that China is talking with the European Space Agency about collaborating on a human settlement on the moon.

ESA has previously described its ‘Moon Village’ as a potential international launching pad for future missions to Mars.

Further details on what the collaboration could entail were not revealed.

But last year, the head of the ESA elaborated on plans to build a village on the moon.

The concept is a base for lunar exploration by humans and robots, which would act as a stopover for spacecraft, and become a ‘village’ with mining and even tourism.

‘The future of space travel needs a new vision.

‘Right now we have the Space Station as a common international project, but it won’t last forever,’ said Woerner.

‘If I say Moon Village, it does not mean single houses, a church, a town hall and so on. No, that would be misleading.

‘My idea only deals with the core of the concept of a village: people working and living together in the same place.

‘And this place would be on the moon.’