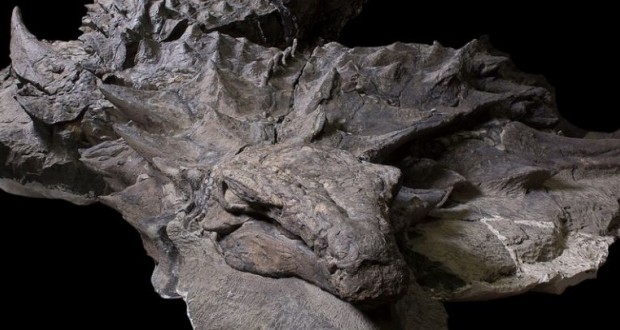 The best-preserved armoured dinosaur ever found has been painstakingly pieced together in Alberta over the past six years and is finally ready to make its public debut, Joinfo.com reports with reference to CBC News.

It was discovered by accident in 2011 when a Suncor shovel operator, Shawn Funk, noticed a large lump of dirt with an odd texture and a diamond pattern in one of his shovel loads.

Excavated near the Suncor Millennium Mine near Fort McMurray, this new species of armoured dinosaur, or nodosaur, is approximately 112 million years old, making it the oldest dinosaur known from Alberta.

It’s on display at the Royal Tyrrell Museum of Palaeontology’s new exhibit, Grounds for Discovery.

The entire exhibit is dedicated to fossils that have been discovered through industrial work.

Thousands of cubic metres of soil, gravel and bedrock are excavated in Alberta every year through road construction, urban development, mining and other industrial activity. 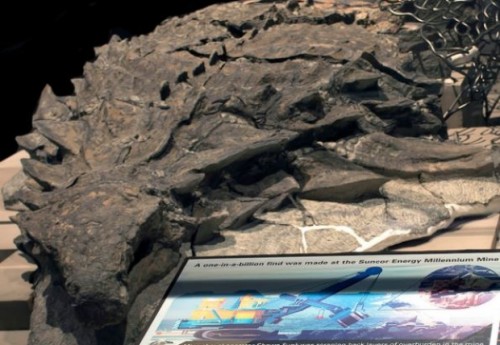 “Staff at the Royal Tyrrell Museum and our colleagues at the Royal Alberta Museum have been working for several decades to educate industry on the importance of preserving and protecting fossils uncovered by industrial activities,” said executive director Andrew Neuman.

“This exhibit highlights some of the results of this collaborative approach to heritage preservation.”

Other exceptional finds highlighted in the exhibit include a new genus and species of a pantodont (a rare early mammal) found during road construction near Red Deer, and a mosasaur found at the Korite Mine in southern Alberta whose spectacular preservation sheds light on marine reptile behaviour.