Shares
Swedish prosecutors will drop a preliminary investigation into an allegation of rape against the WikiLeaks founder Julian Assange. The move brings to an end a 7-year legal stand-off. 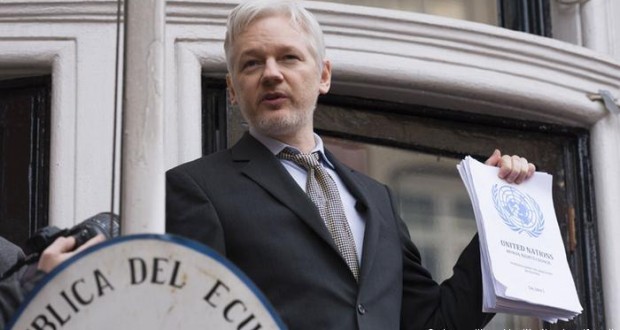 Assange has lived in the Ecuadorean Embassy in London since 2012 after taking refuge there to avoid extradition to Sweden over the allegation of rape. He said he feared Swedish authorities would extradite him to the United States, where he said he could face the death penalty for classified military and diplomatic documents released by WikiLeaks.

The rape investigation has suffered from endless procedural complications since it began in 2010. The statute of limitations on the rape allegation was due to expire in August 2020.

Friday’s announcement means Assange is no longer under any investigation in Sweden.

British police said before the announcement that Assange is still wanted in Britain for jumping bail. It is not clear if that will change now that the investigation has been dropped.

The 45-year-old Australian was questioned in November in the presence of a Swedish prosecutor. He has repeatedly reiterated his innocence and said the sex was consensual.