Shares
NATO on Saturday pushed back on a report claiming the group’s secretary general said President Trump “has a 12-second attention span” following a meeting in April." 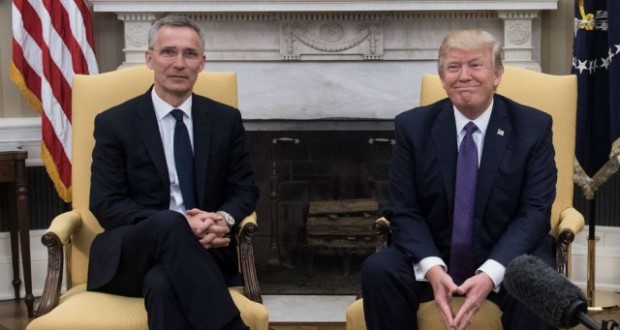 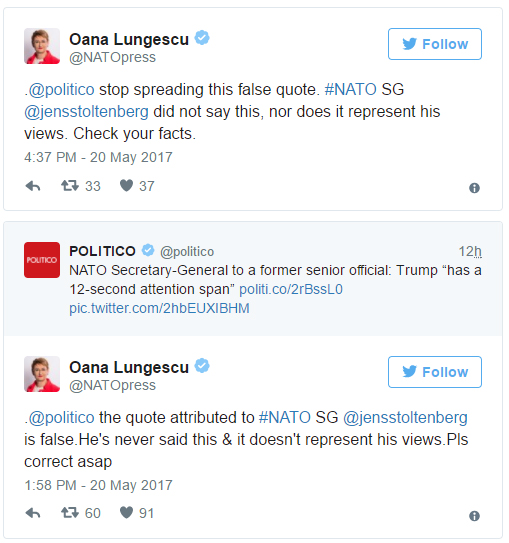 “The president of the United States has a 12-second attention span,” Stoltenberg reportedly said, Politico reported.

The senior official, according to the report, added that the president appeared unprepared for his meeting with the Norwegian Stoltenberg. He reportedly brought up recent events surrounding North Korea, which does not involve NATO.

Politico acknowledged in its published piece that a NATO spokesman denied Stoltenberg said this, telling the newspaper that “the secretary general never said this and it does not represent his views.”

“[W]e informed them that the Secretary General never said the quote attributed to him, and it does not represent his views,” a NATO spokesperson said in a statement Saturday in response to the Politico report.

Trump repeatedly ripped NATO during his presidential campaign, complaining it depended on the U.S. too much while many other members fail to reach their financial commitments on defense funding.

During a White House press conference in April, Trump appeared to change his position after the organization began to combat terrorism.

“I said it was obsolete. It’s no longer obsolete,” he said.

Stoltenberg, during a CNN interview, said Trump has always been “very consistent” in his support of NATO.

“For me, the important thing is that [Trump] has been very consistent when it comes to NATO in all my interactions and conversations with him,” Stoltenberg said.

In the 28-member group, the U.S. is one of only five countries to meet the two percent GDP percentage target for NATO’s defense spending.