Shares
North Korea fired off its second missile test in a week on Sunday, sending a medium-range ballistic missile into the waters off its east coast, according to statements from the US, South Korean and Japanese governments. 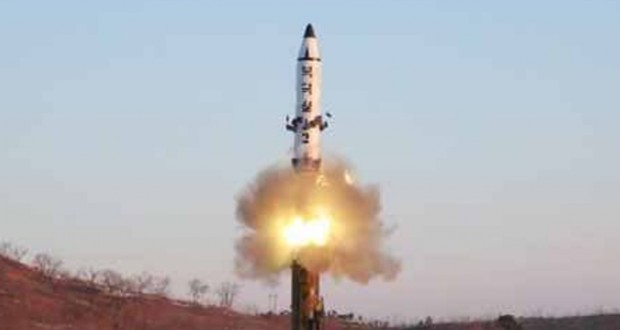 South Korea, which called the launch “reckless and irresponsible,” said the missile flew about 500 kilometers (300 miles) from an area near Pukchang, in western North Korea, according to CNN.

Altitude was key to the test a week earlier, which analysts called North Korea’s most successful ever in its quest to develop ballistic missiles that can carry nuclear warheads.

The May 14 test reached an altitude of more than 2,100 kilometers (1,300 miles), according to North Korea. Analysts said that test showed gave North Korea critical information on developing a re-entry vehicle for nuclear warheads and showed Pyongyang had a missile capable of striking the US territory of Guam.

A White House official said the projectile in the latest test was a medium-range ballistic missile, a system that North Korea tested in February.

Joseph Dempsey, a researcher at the International Institute for Strategic Studies in London, said on Twitter that Sunday’s test was from the same area as the February test. 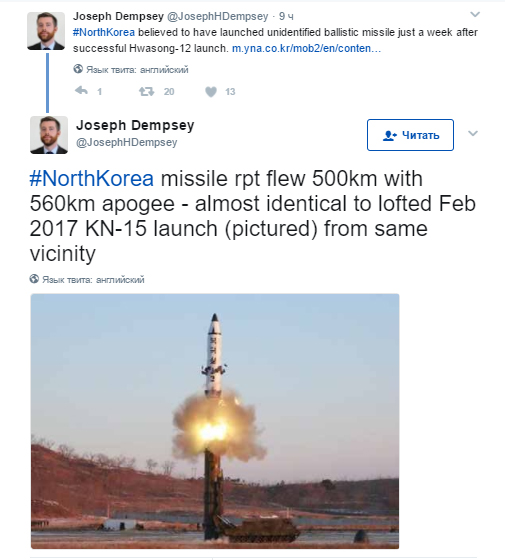 Analysts say North Korea’s tests may be providing information that will bring it closer to its goal of developing an intercontinental ballistic missile that could possibly threaten the US mainland.

After the May 14 test, Melissa Hanham, senior research associate at the James Martin Center for Nonproliferation Studies in California, said it could be a stepping stone to a longer-range weapon.

“This may become half or a third of an ICBM,” she said, pointing out that such missiles are built in two or three stages stacked atop of each other.

The tests on back-to-back weekends come after the May 9 inauguration of new South Korean President Moon Jae-in, who had called for a dialogue with Pyongyang over nuclear issues.

“The repeated provocation is a reckless and irresponsible behavior, like pouring cold water on the wishes of our new government and the international community for denuclearization and peace to prevail in the Korean Peninsula,” said a statement from South Korea’s Foreign Ministry.