Shares
Seven people arrested as part of the inquiry into the atrocity - including Salman's two brothers and father. Greater Manchester police have said it is 'very clear' they are investigating 'a network' linked to the bomber 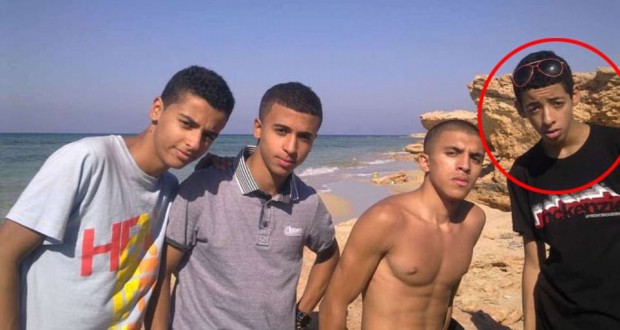 An extraordinary picture of the family of Manchester Arena bomber Salman Abedi has emerged tonight, as his father who had Al-Qaeda links and his younger brother were arrested in Tripoli, according to MailOnline.

Salman killed 22 people and injured at least 119 more when he detonated a bomb on Monday night as children were piling out of the venue having watched Ariana Grande.

The mass-murderer had only just returned from a three-week trip to war-torn Libya before launching his horrifying attack, friends said.

That revelation came as his father, Ramadan, was arrested by masked gunmen in Tripoli this evening while recording TV interviews in the country.

Earlier he had claimed his son seemed ‘normal’ when they last spoke five days ago and insisted: ‘We don’t believe in killing innocents.’

Abedi’s younger brother Hashem has also been arrested in Tripoli, Libya, on suspicion of having links to the ISIS who claimed responsibility for Monday night’s atrocity.

He was ‘aware of all the details’ of his plans, a Libyan security force said.

Salman’s older brother Ismail, 23, was arrested yesterday in Chorlton, south Manchester. He is still being quizzed by police, who are probing the family’s links to a terror network.

Earlier today, Manchester’s police chief said it is ‘very clear’ that police are investigating ‘a network’ linked to the bomber.

Police, in tandem with British soldiers, have carried out several raids since Monday night’s atrocity and so far seven people have been arrested, including Salman’s father and two brothers.

A former Libyan security official Abdel-Basit Haroun said Ramadan, a former airport security worker, was a member of the Libyan Islamic Fighting group in the 1990s. The group had links to Al-Qaeda.

Although the LIFG disbanded, Haroun said the father belongs to the Salafi Jihadi movement, the most extreme sect of Salafism and from which Al-Qaeda and ISIS hail.

Haroun said Ramadan, also known as Abu Ismail, had returned to the Libyan capital of Tripoli.

A witness said he was handcuffed by armed men this evening who drove him away in two unmarked vehicles.

Salman’s younger brother, Hashem, now 20, who has also been arrested in Libya, had posted comments on ISIS- supporting sites.

The Libyan security force claimed Hashim told authorities both he and his brother belonged to ISIS.

A spokesman for a local counter-terrorism force said the younger brother had travelled from London to Tripoli on April 16.

Earlier today Ramadan said he spoke to Salman five days ago and claimed he was getting ready to visit Saudi Arabia and sounded ‘normal.’

He said he was planning to head from Saudi Arabia to Libya to spend the holy month of Ramadan with the family.

He said: ‘We don’t believe in killing innocents. This is not us.’

Police are probing the family’s links to a terror network and have carried out extensive searches across Manchester.

Three arrests were in the Fallowfield area of the city in the early hours of this morning, and Abedi’s older brother Ismail, 23, was arrested yesterday in Chorlton, south Manchester. He is still being quizzed by police.

This evening investigators arrested a fifth suspect in Wigan who allegedly approached a bus with a suspicious package. A property in Wigan is also being searched.